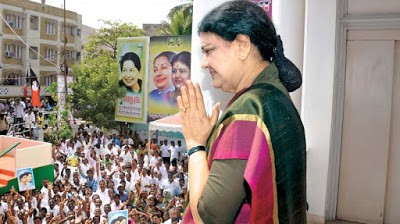 Not very soon after the MLAs of AIADMK were called for a meeting, news broke out and according to media sources, the chief minister of Tamil Nadu O panneerselvam submitted his resignation to sasikala. While it was pretty obvious after the demise of late Chief Minister Jayalalitha,the party members decided to elect her soon after the meeting on Sunday.

This came as an indication when three of the top bureaucrats including Sheela Balakrishnan, KN Venkataramanan and Shanta Sheela Nair who were closer to late Ms.Jayalalitha were shown the door in a short interval of time.

While we wait for more information and official press release, the media has already started debating about the various aspects of it.