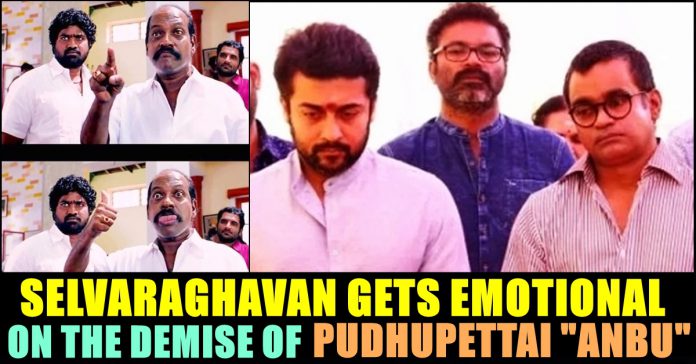 We all have scene him in many movies but his performances in the movies of Director Selvaraghavan were highly recognised by audience. Bala Singh who did the role of “Anbu” in Pudhupettai is no more with us. Due to brief illness, Bala Singh who was admitted in Vijaya Hospital was died in the wee hours of Wednesday. The actor who was 67 years old was admitted few days ago for food poisoning.

His mortal remains have been kept at his residence in Virugambakkam, Chennai. Later in the evening, his body will be taken to his hometown Nagerkoil for final rites.

Bala Singh was a theatre artist before he began his career as an actor in Tamil films. Though he stepped foot in Malayalam in 1983, it was his Tamil debut flick Avatharam (1995) that got him the big break. Avatharam marked the directorial debut of actor Nasser.

His collaboration with actor Kamal Haasan in Virumaandi and Indian earned him a big time recognition. In the later part of his career, Bala Singh’s performance in “Pudhupettai” of Selvaraghavan gained him a name. Last seen in Maghamuni, Bala Singh also appeared in films like NGK, Jigarthanda, Sarvam Thaala Mayam, Saamy Square, Dheena, Ullasam etc.

Many members of the film industry mourned on the demise of the experienced actor. Director Selvaraghavan, in his official twitter account, expressed his grief by writing “My deepest condolences to the family of #BalaSingh . He was a wonderful actor and a dear friend. Immensely saddened by his demise. Thoughts and prayers with his loved ones. Rest in peace my friend.”

My deepest condolences to the family of #BalaSingh . He was a wonderful actor and a dear friend. Immensely saddened by his demise. Thoughts and prayers with his loved ones. Rest in peace my friend.

Apart from Selva, many users of Twitter also expressed their condolence to the actor who impressed them with his performance. Check out some their posts here :

Shocked & feel sad to know the demise of one of the finest actors I liked #BalaSingh sir. With a powerful voice & refined acting, he stood out from others. #RIPBalaSingh sir🙏🙏🙏🙏 pic.twitter.com/lI8fzPmgUA

Let us pray for the soul of Bala Singh to rest in peace !!