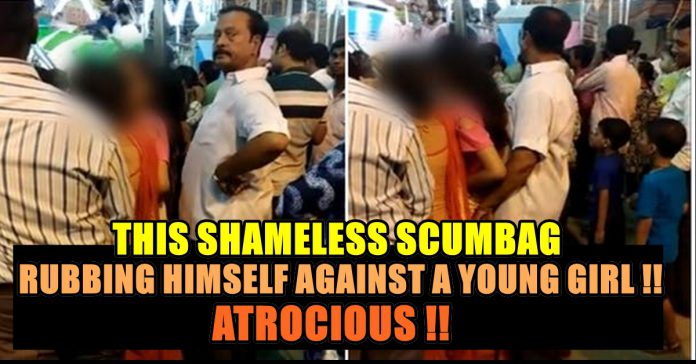 Crimes against women have been soaring at an alarming rate and we as Indians, feel ashamed to be helpless about it. Cases of brutal rape, abuse and harassment have been a part of the daily mayhem in the country as the safety of women remains a distant dream.

However, one city which has seen a significant increase in such cases is the ‘City of Joy’, Kolkata. It was just last month when an aged man masturbated openly at two young girls in a bus.

Yewkk !! : Man Masturbates In Public Bus And Smiles At Camera : Girls In The Bus Seriously Offended !!

It was followed by a news which highlighted the merciless torture of a woman on her mother-in-law for the sole reason of picking flowers.

This Ruthless Woman Keeps On Abusing & Beating Her Elderly Mother-In-Law For A Silly Reason !! : SHOCKING !! An incident took place in Chuchura Handlum Mela, Kolkata, where a man was seen brushing himself against the back of a young girl who was looking at the rides in the Mela, accompanied with her mother. Dressed in a white shirt and a pair of black trousers, the man was quite unapologetic about his appalling action. He had no idea that he was being filmed. The clip showed that he was adjusting to position properly so that he could rub himself against the little girl.

When the girl seen alerting her Mother what’s happening, immediately the Mother switching the place and the scumbag moves quietly from the place.

The clip was taken by one of the men present in the crowd. He shared the incident on Facebook and the case was directed to Kolkata police.

The police have been trying proactively in hunting down the perpetrator by responding immediately.

Although the police team was right to swoop in immediately, but such kind of incidents is omnipresent. It’s disturbing to see such incidents unfold every other day.