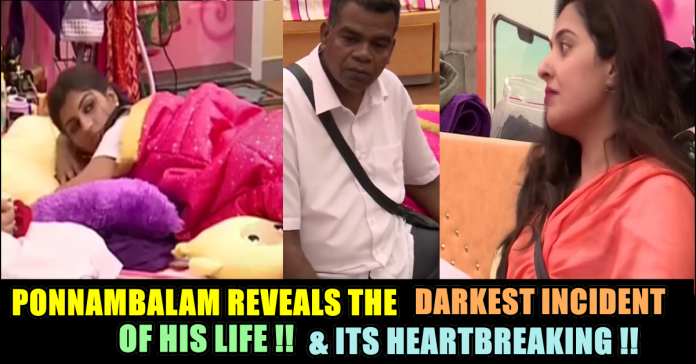 The Bigg Boss 2 Tamil episode on Tuesday showed how much contestant Aishwarya felt targeted by other housemates. Bigg Boss asked housemates to make two groups with Janani and Mumtaz as the captains. The two groups had to win tasks to gain control of different regions in the Bigg Boss house. The first task is to eat halwa and fish together, which Senrayan won for Janani’s team. Mumtaz cried out that this was cheating, however, the referee of the task, Sharik disagreed. Mumtaz’s team lost control of the kitchen area because of this and got annoyed with the opposite team’s members. Aishwarya, who is in Janani’s team, gave Vaishnavi the task to wash vessels to be able to enter the kitchen, according to the game’s rules. However, at the last minute, Vaishnavi said that she doesn’t want to eat and Mumtaz said that she would enter the kitchen instead. Aishwarya, who is not the captain of her team, felt that it was not her responsibility to decide which members will get what task.

However, Riythvika, Mumtaz and Vaishnavi’s conversation about Aishwarya always misunderstanding the others in the house resulted in Aishwarya breaking down. She complained to Janani and asked Daniel why others always target her. Yaashika, Aishwarya’s best friend, tried to explain to her that she shouldn’t concentrate on what the other housemates had to say and that she should only focus on her target. The episode ended when Mahat advised Aishwarya to not pay heed to what other said and told her to concentrate only on the game.

Ponnambalam , one of the housemate in the Bigg Boss house who was nominated for eviction for 4 consecutive times was saved in the audience poll in all the four times. He iobviously has enmity with few of the housemates in which Aishwarya and Daniel are the primary ones as of we all seen. A glimpse of his latest video surfaced in social media which was took place in Bigg Boss Midnight masala. In this Ponnambalam seen explaining his love life to Mumtaz. Ponnambalam says to Mumtaz “I have seen her only once before getting married, the next time was on the day of marriage” to this Mumtaz responds as “So it was love at first sight?”

To this Ponnambalam says the heartbreaking happening of his life. He said to Mumtaz “No she was attempted suicide” with a sorrowful face. We all seen him in movies as a rapist , henchman , rapist, villain etc and never thought how his personal life would be because of the characters he has done so far. Now in this video he reveals what he went through because of his appearance and the roles he has done. Its really heart-breaking. what do you think on this video , comment below :