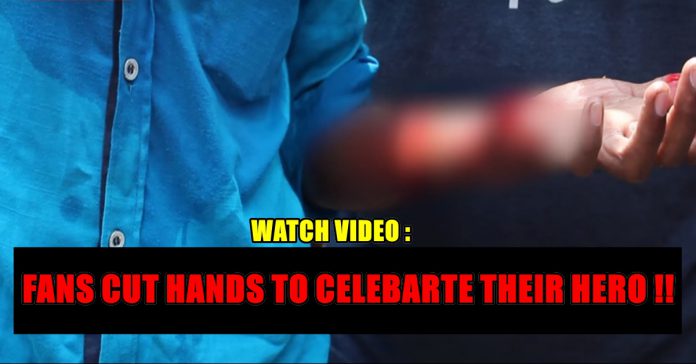 What might come as a pleasant surprise to Allu Arjun fans that their hero’s film “Naa Peru Surya” has got released worldwide on 4th May. It is a Telugu Language action film written and directed by Vakkantham Vamsi (in his directorial debut). Produced by Shirisha and Sridhar Lagadapati under the banner Ramalakshmi Cine Creations, it stars Allu Arjun and Anu Emmanuel in the lead roles. The film was released in Tamil as En Peyar Surya  En Veedu India and in Malayalam as Ente Peru Surya Ente Veedu India.

The film received mixed reviews, critics lauded Allu Arjun’s performance, calling it the “only saving grace of the movie,” and his “career best performance”. It is usual that fans celebrating their hero on the first day of their movie release. It was evident in the past days where we have witnessed 100 feet cut outs and posters of the heroes in front of renowned theatres on the first day of the film release. The fans who made it will also pour milk on the posters in the name of Paal Abishegam to show their love towards their beloved film stars. Even they would wear  t shirts in which the face of the hero will be printed.

In this bizarre incident which happened on the release day of Allu Arjun’s “Na Peru Surya” , an ardent fan went one step ahead and anointed Allu Arjun’s poster with his blood. The dreadful incident captured and the fan was so privileged of what he has done.