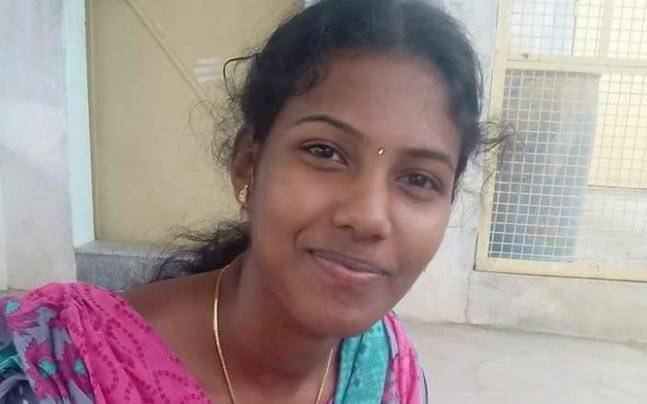 A 21-year-old girl from near Salem ended her life after she saw her semi-nude picture posted on a Facebook page. In a poignant tragedy that exposes the dangers of social networking sites, Vinupriya, hanged herself in her bedroom while her parents were out.

Her father, Annadurai, a powerloom owner, refused to receive her body after post-mortem unless the culprit who posted the Facebook picture is nabbed.
“I will not receive the body of my daughter unless the culprit who was responsible for my daughter’s death is arrested,” he said.
Curiously, the Facebook page showing her semi-nude picture disappeared just hours after she committed suicide. The grieving father said that his daughter had completed B.Sc last year and was not employed.
Last week, she was shocked to find her picture on Facebook. She immediately informed her parents who lodged a complaint with the cyber crime police on June 23. The police told Vinupriya’s father that they were closing in on the culprit and that he would be nabbed within 15 days.
Meanwhile on Sunday, there was another obscene picture of Vinupriya posted on Facebook and the link was sent to her mobile phone. “Vinupriya was very disturbed by her picture. And when we went out on Monday morning, she hanged herself,” Annadurai told the Deccan Chronicle.
Shockingly, Vinupriya’s father also revealed that he had bought a new cellphone worth Rs 2,000 for the cyber crime cops for speeding up the probe. “They got the cellphone from me and did not take proper action. And my daughter is now no more,” he wailed.
The suicide note left by Vinupriya has been seized by police, who have launched a hunt for the culprit who posted the obscene pictures on Facebook.