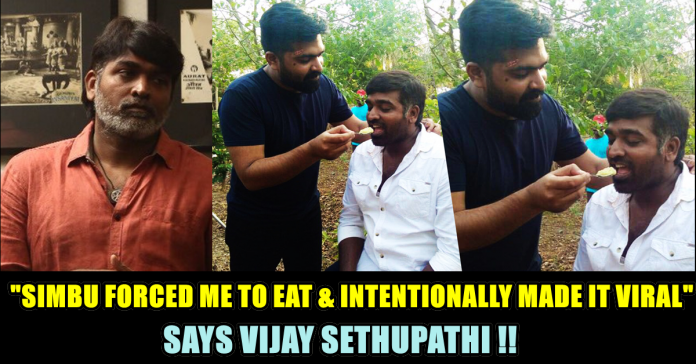 Mani Ratnam’s Chekka Chivantha Vaanam (CCV), which features an ensemble cast of Arvind Swami, Simbu, Vijay Sethupathi, Arun Vijay, Jyothika and Aditi Rao Hydari among others, is one of the most anticipated multi-starrer projects of this year. The project went on the floors earlier this year and despite being stalled for nearly 50 days, courtesy a stand-off between Tamil Film Producers Council and digital service providers, Ratnam and his team have managed to wrap up the project at breakneck speed. The team recently left to Serbia where they shot the final schedule of the film. Ratnam wrapped up the entire talkie portion of the film with the latest schedule. Last month, Arvind Swami bid adieu to the project as he was done with his portion. He took to Twitter and wrote: “Just finished my work in Chekka Chivantha Vaanam. As always it was a privilege to work with Mani sir, Santosh Sivan, and the whole crew. #CCV will be special, can feel it.” A few days later, Arun Vijay and Aishwarya Rajesh were also relieved of the project, which will be dubbed and released in Telugu as Nawab. Originally, the film was supposed to star Fahadh Faasil as one of the leads. Following the delay in the commencement of the project, he opted out and was eventually replaced by Arun Vijay, who has joined hands with Ratnam for the first time in his career. The film also stars Prakash Raj, Jayasudha and Appani Sarath among others in key roles. A few days back, a picture of Simbu feeding food to Vijay Sethupathi from the sets of Chekka Chivantha Vaanam, was trending. During an exclusive interview with Behindwoods, Makkal Selvan Vijay Sethupathi shared details on the picture, and how it happened.
“Actually, Simbu forced me and made me eat. I told him it was not needed at all, but he definitely wanted to feed me and was in no mood to listen. Then, I requested him not to take a picture of that, but he didn’t listen to me. He took a picture immediately, and then it became viral. It was a fun experience working with him, and the entire team of Chekka Chivantha Vaanam.”, said Vijay Sethupathi. Talking about the similarities that he spotted between Simbu and his father T.Rajendar (while acting in Kavan), Makkal Selvan stated, “Their thought process is very similar. The way both of them approach a situation was more or less the same. They are also similar with the talents that they possess.”

What do you think on Vijay Sethupathi’s statement ?? Let us know !!