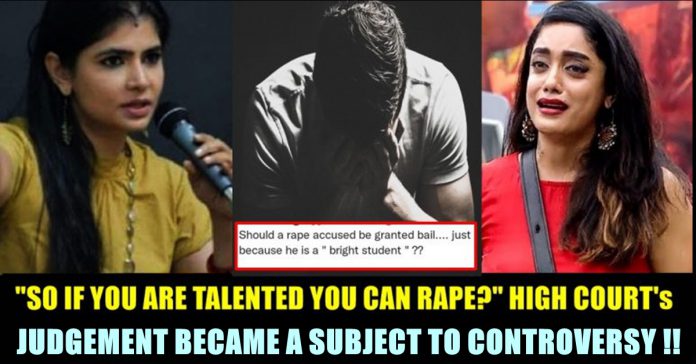 Sexual Harassment is one of the major issues prevalent all over the world. News about physical abuse appears every day on our screens. In many countries, the rapist or the accused is never spared. Harsh punishments are imposed, at times they are even sentenced to death. In India, people are voicing out to lay strict rules against sexual harassment. Awareness campaigns, education, and protests are conducted to stop harassment.

A 21-Year-Old student from IIT-Guwahati was suspended by the IIT authorities for sexually assaulting a fellow female student on March 28, 2021. Following the suspension, he was arrested by the police on April 3, 2021. The judgment passed by the judge has stupefied everyone.

The case appeared in the High Court of Guwahati, under the bench Justice Ajit Borthakur. Despite the evident prima facie case, he was provided with bail. After hearing out from both sides, this was the decision made. The bail was granted as the accused is considered to be ‘a state asset and talented’. This judgment has infuriated everyone and has actively shared their comments on the granting of bail.

#GauhatiHighCourt Grants Bail to Rape-Accused IIT Student
– Says ‘He’s Talented, Is A Future Asset’
– On March 28, the accused had allegedly raped a fellow student of #IITGuwahati
– charged under Section 376 (rape)/328/307 (attempt to murder)/120B (criminal conspiracy) of the IPC pic.twitter.com/SgUczS3MDR

Many popular people have shared their opinions on this. We can also see lots of scathing comments on social media platforms. Disappointments on the judgment are flooded through every agitated individual’s comment. People have made comments stating that judgments in recent times are baffling, preposterous, bizarre. Tweets regarding how a culprit can be let off easily considering him as an asset are appearing repeatedly. This judgment has created chaos among everyone. The agony of people towards the judgment and their concern about the future of India with culprits being set free is well reflected in their tweets.

Chinmayi Sripaada, known for voicing out social issues has shared her contempt sarcastically.

So, rapists are assets to out society now? Where is rule of law?#IITGuwahati

Actress Abhirami, known for her role in Nerkonda Paarvai, Tamil remake of the Hindi movie Pink, has also taken her stand on this judgment. She has shared a story on Instagram on this judgment.

Various people have been condemning the judgment on Twitter.

So talented and intellegent people have the right to [email protected]?🤔 Wow
Noo matter how smart you are .. If u have raped.. Ur not an asset.. Ur sh*t#IITGuwahati https://t.co/VeiUwj0Ppl

In the name of the prime institute, IITs are becoming home to sexual assault, sexism, casteism, and more.#IITStudent
#IITGuwahati #iitmadras#HCGuwahati pic.twitter.com/yHtJyhPKYX

Wow,I am not an IITian,but if I was, it’s so simple to this heinous crime and get free..WoW!
IITians are not only preferred for high paying jobs,but also for Highly punishable offences.
❤️INDIA! #IITGuwahati https://t.co/S5Krvudv10

Many rape cases have appeared before the court and have received some incredible judgments. In some cases, the accused is given some lenient judgments. These judgments have always infuriated people leading to debates and are ridiculed. Indubitably, this judgment has added to the lineup.