Providence Mall’s authority who manhandled a Zomato delivery guy receiving severe hatred from the social media users. Today video of a food delivery guy arguing with few people inside a Mall went viral and people disappointed on seeing the way the youth getting treated. 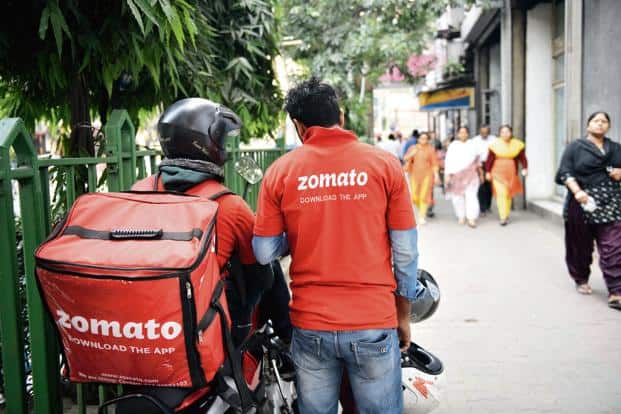 In his Facebook post which was uploaded on February 15th, social media users seen thrashing him with their comments and some abused as well. As we can see many youths who are studying and working are involved in this food delivery job as part time, this youth who shot the video also seemed to be a graduate.

The video shows a couple of Mall authorities seen arguing with the food delivery guy to make him leave without getting the food he was supposed to get. “If you remove your uniform T-shirt you will sure be respected by us” says a man in the video to the youth to make him leave. The video starts with the guy asking “So no one here in the mall carrying a bag ??” to which the authority answers as “Yes” and he also asks “No bike parking provided for the who visits this mall ??” to which the authority “Only for guys like you, the parking is not available”.

While he is talking with one authority another man intervenes and forcing the delivery guy to leave the mall immediately who also intimidated him not to talk loud inside the mall. “We don’t care whatever you capture” says one of the authority which is clearly audible.

“I am a graduated and I want to know why am I not allowed to get inside ??” asks the guy after getting bullied by the men of Providence Mall, Pondicherry. This leads to a severe argument and the video disconnects abruptly as we can see the guy being man handled.

This incident created massive outrage in social media to an extend the man’s facebook profile was targeted : Apart from these many twitter users also condemned this act of the authorities :

Atrocious Attitude by the officials of Providence Mall. Strongly Condemning the act.. There is a way to treat people. Prejudicing and discriminating with his Uniform is humiliating. The Mall personnel must repent & streamline the procedure for food delivering.#Puducherry pic.twitter.com/zplIRgeLRm

The Pondicherry providence mall management threw out a Zomato delivery executive saying that “ur kind are not allowed”. This is discrimination based on professions. Please do rate them with 1 ⭐ on google maps. They should apologize unconditionallyhttps://t.co/aqU2A5OxOX https://t.co/4vnUWcSe8k