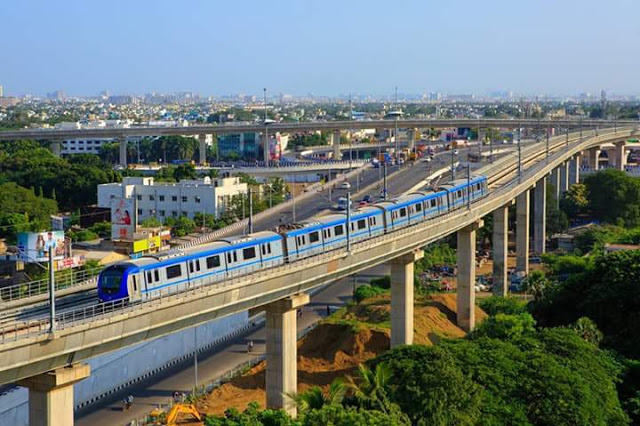 Soon, a straight train from CMBT to airport

CMRL plans to extend Koyambedu-Alandur line; decision to be taken after survey on patronage.

In what may become a seamless travel experience to the airport for commuters from the rest of the city, especially from Chennai Mofussil Bus Terminus, Metro Rail authorities have been considering extending the corridor from Koyambedu to the airport.

As per the earlier plan, once the segment from Little Mount to the airport was operational in less than six months, commuters on the Metro from Koyambedu would be able to get down at Alandur and switch lines to reach the airport.

However, with the new plan (extending the Metro route from Alandur to Chennai airport on the Koyambedu line), commuters can have direct access to the airport without having to get down at Alandur.

According to sources at Chennai Metro Rail Limited (CMRL), there is a provision to implement this. “There is a facility at Alandur station with which a straight trip can be ensured but, there are several factors to be considered before we take a decision,” an official said.

The first service from Koyambedu to Alandur, a distance of 10 km was started only in July last year.

The fares for this stretch range between Rs. 10-40 for general class and double the price for special class.

Chennai Metro Rail built at a cost of Rs. 14,600 crore spreads over 45 km of the city; of this entire stretch, 21 km will be an elevated corridor and the remaining 24 km will be underground.