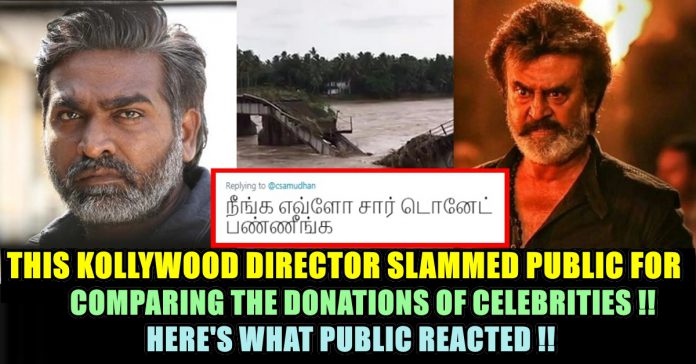 As the flood situation in Kerala continues to escalate, in a press meet on Thursday Kerala Chief Minister Pinarayi Vijayan requested people to make generous contributions towards the Chief Minister’s Distress Relief Fund. Stressing on the damage the state has suffered in the last few days due to torrential rains and flooding, Pinarayi said the government needed more help to rebuild the state. Celebrities in Kerala and other states have been making significant contributions to the relief efforts while encouraging their fans also to do the same. The twin pillars of Malayalam film industry, Mohanlal and Mamoothy donated Rs 25 lakh each towards the relief fund. The Association of Malayalam Movie Artistes (AMMA) have, reportedly, handed over a sum of Rs 50 lakh in two installments to the chief minister.

Young actor Tovino Thomas went a step further. He opened the doors of his house in Irinjalakkuda for the public. He has announced that the people who have been affected by floods can stay in his house, where he will also provide basic necessitates for the flood victims until the situation comes under control. Actor Siddharth has also begun a social media challenge to encourage people to make monetary contributions for Kerala. In a statement that was posted on his Twitter account, the actor said, “I implore you to contribute whatever you can to this urgent cause. Please post your donation proof online if you wish to inspire others to do the same. Let us call this the #KeralaDonationChallenge. We all know how much the internet loves a challenge.”

He also tweeted a bank letter as a proof of making Rs 10 lakh donation to the Kerala relief fund. It may be recalled that the actor also played a very active role in relief efforts during 2015 Chennai floods.

What do I have to do to make you read and share this?

Not just Siddharth, other Tamil actors have also been very sympathetic to the plight of people in Kerala. Actors Kamal Haasan, Suriya-Karthi, Vijay Sethupathi contributed Rs 25 lakh each to the relief fund. Karthi on Thursday met Pinarayi Vijayan and handed over the cheque. “Just met the hon’ble CM of Kerala. I understand the state needs more funds than relief material. Please donate generously to ”CMDRF”. #Keralafloods #CMDRF @CMOKerala (sic),” he tweeted.

He also met Mohanlal and gave the cheque of Rs 10 lakh as Suriya’s contribution to the AMMA fund. Mohanlal and Mamoothy donated Rs 25 lakh each towards the relief fund.

Actor Dhanush also contributed Rs 15 lakh to the Chief Minister’s fund, while Vishal and Sivakarthikeyan gave Rs 10 lakh each. The television giant, Sun TV network, made a donation of Rs 1 crore towards the relief fund.

Meanwhile, celebrities from the Telugu film industry are also doing their bit to support the relief efforts. “People of Kerala will always occupy a special place in my heart for the unmatchable Love & Affection they shower . Their Love & the Loss is Unmatchable. But still I take the Honour to do my bit. I hereby pledge to donate 25,00,000 for the #KeralaFloodRelief . Love “M”Allu Arjun (sic),” tweeted Allu Arjun, who enjoys a huge fan following in Kerala. 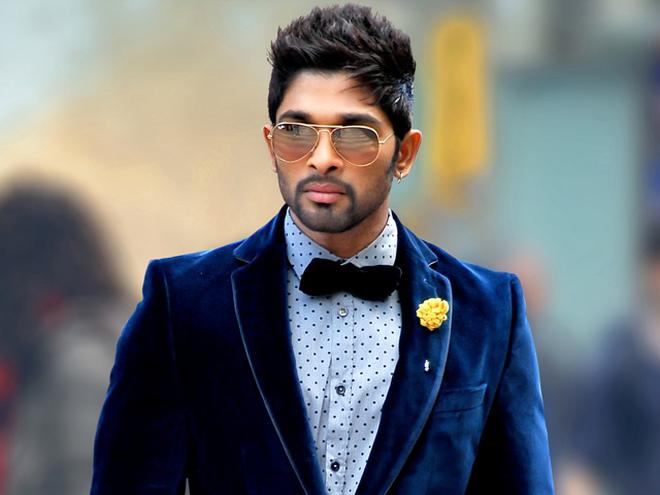 “And now I hear Kerala is reeling under floods and situation is quite bad! Kerala was my first holiday destination and has given me a lot of love for my work, I’ve met a lot of people from there who are some of the nicest people I know, I don’t know how to reach out personally,” tweeted actor Vijay Deverakonda, while announcing his donation for Kerala.

People of Kerala will always occupy a special place in my heart for the unmatchable Love & Affection they shower . Their Love & the Loss is Unmatchable. But still I take the Honour to do my bit. I hereby pledge to donate 25,00,000 for the #KeralaFloodRelief . Love “M”Allu Arjun

Meanwhile C.S Amudhan who is known for his only Tamil parody film franchise takes dig at the public who compares the money donated by various celebrities of Indian cinema. 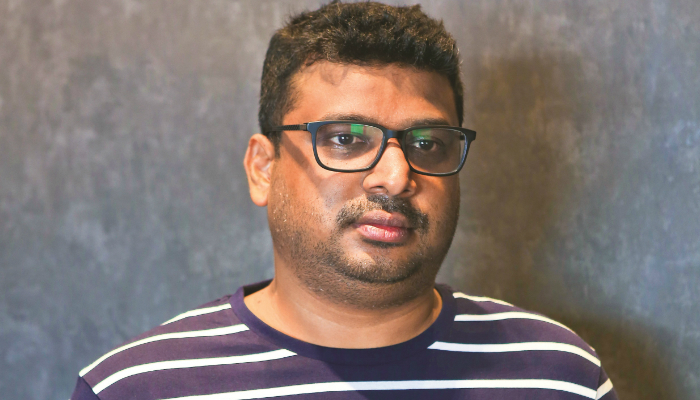 The fans who are seen fighting in social media measuring the amount donated by the celebrities and making memes and slamming those celebrities.

The director wrote “Can we stop this stupid obsession with how much each actor has donated, comparing & putting each other down…? Many people donate anonymously, let’s not sit in judgement. Every bit matters, just donate. #KeralaFloodsRelief“

Can we stop this stupid obsession with how much each actor has donated, comparing & putting each other down…? Many people donate anonymously, let’s not sit in judgement. Every bit matters, just donate. #KeralaFloodsRelief

So many of his followers endorsed his tweet and made comments & some contraries as usual surfaced. Check out them here :

Yes it’s wrong, but maybe this could have made every actors to donate.🤐

Well said bro… few actors doing it for publicity stunt and few without as usual….