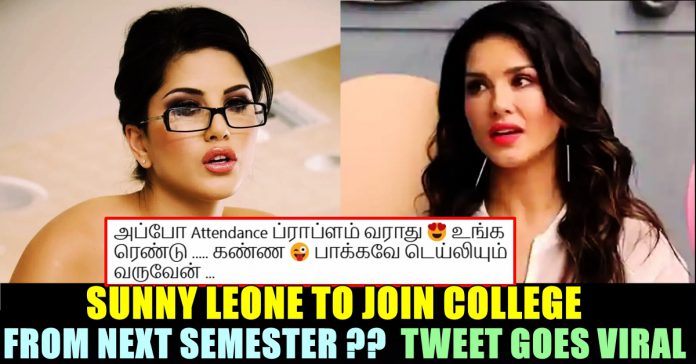 Last year, In a recruitment exam for 214 posts of Junior Engineer (Civil) conducted by the Bihar Public Health Engineering Department (PHED), Sunny Leone has topped in the merit list. Yes, you read it right! Sunny Leone had taken the PHED junior engineer exam and has qualified it. She may now serve the state as a Junior Civil Engineer.

When the Bihar Public Health Engineering Department (PHED) invited applications for the post of a junior civil engineer, little did it think that the online application system would result in a strange prank that would lead Bollywood actor Sunny Leone’s namesake to top the merit list of registered candidates.

Now, The first list for the admission to BA (Honors) in English at Kolkata’s Ashutosh college posted on its website had the actor’s name at the top. An application ID and roll number accompanied the name on the list with a perfect 400 score in the best of four subjects cass 12 board examinations.

A college official called it an act of “mischief”. “It is an act of mischief as someone deliberately submitted a wrong application having typed Leone’s name. We have asked the admission department to correct it. We will also conduct an inquiry into the incident” the official told PTI.

#SunnyLeone has topped the merit list of #Kolkata's Ashutosh College. The actress tweeted about it saying, "See you all in college." pic.twitter.com/xfJBqgycMM

Reacting to this news, the Bollywood actress posted a tweet writing “See you all in college next semester!!! Hope your in my class ;)” in a hilarious way.

See you all in college next semester!!! Hope your in my class 😉 😆😜

This tweet from her blew up in big time with various reactions from her followers. Check out few of them below :

Just the motivation needed to apply for the law course which I have being putting off for the last few years. Ashutosh college here I come 😈

Going To Class Early To Sit Next To Sunny Leone 😍 pic.twitter.com/uhPnqNTldU

Right decision taken by the authority of the college by removing your name.

You don't know the simple difference between YOUR and YOU'RE.

Sunny Leone is currently in Los Angeles with her family. She flew to LA with her husband Daniel Weber and kids Nisha, Noah and Asher, after the coronavirus lockdown was lifted in India. The actress said that her family would be safer in US.