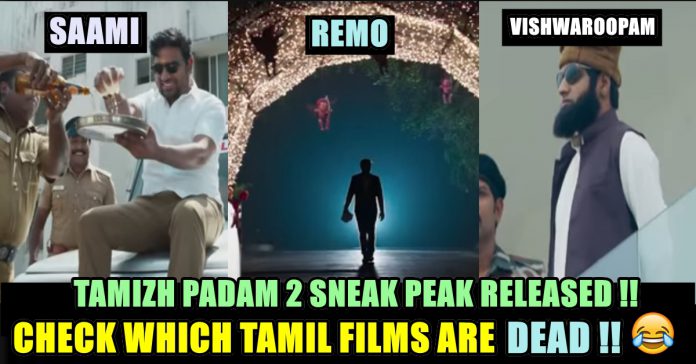 The prequel Tamil Padam was rollicking laughathon and if this brilliant teaser is anything to go by, we have a worthy sequel in hand. Tamil Padam stars Mirchi Siva, Ishwarya Menon, Sathish, Manobala amid others. The film is being bankrolled by Y Not Studios. The sneak peak of the movie released and the 1 minute video itself trolls half ogf the Tamil industry. watch it here :

Well , what do you think on this hilarious sneak peak. Comment below.