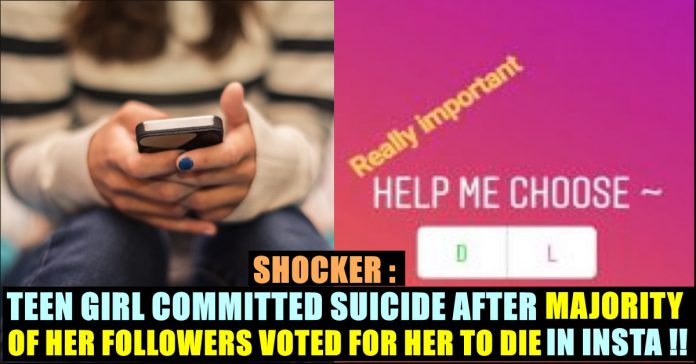 Malaysian lawmakers on Wednesday called on authorities to investigate reports of a teenager who allegedly jumped to her death after asking her social media followers to vote on whether she should take her own life.

After the majority (69%) of people said yes, the unidentified 16-year-old from Kuching in Sarawak committed suicide. “Really Important, Help Me Choose D/L” the girl posted in her story hours before she jumped off the roof of a building on May 13, local media reported. Malaysian lawmakers called on authorities to investigate the reports.

The 16-year-old was found dead at the foot of a three-storey shop in the city of Kuching, on the island of Borneo, around 8pm on Tuesday. The schoolgirl, who has not been named, had run a poll on the photo-sharing app with the question ‘Really Important, Help Me Choose D/L’, hours before jumping off the roof of the building.

The ‘D/L’ meant ‘Death/Life’, and the poll had showed 69 per cent of the girl’s followers chose ‘D’, district police chief Aidil Bolhassan. ‘We are conducting a post-mortem to determine whether there were other factors in her death,’ he said, adding that the girl had a history of depression. Ramkarpal Singh, a lawyer and member of parliament, said that those who voted for the teenager to die could be guilty of abetting suicide, and urged authorities to investigate the circumstances leading to her death.

“Would the girl still be alive today if the majority of netizens on her Instagram account discouraged her from taking her own life?” he said in a statement. “Would she have heeded the advice of netizens to seek professional help had they done so?”

Under Malaysian law, anyone convicted of abetting the suicide of a minor could face the death penalty or up to 20 years’ jail. Malaysia’s youth and sports minister, Syed Saddiq Syed Abdul Rahman, also called for a probe, saying that rising suicide rates and mental health issues among young people needed to be taken seriously. 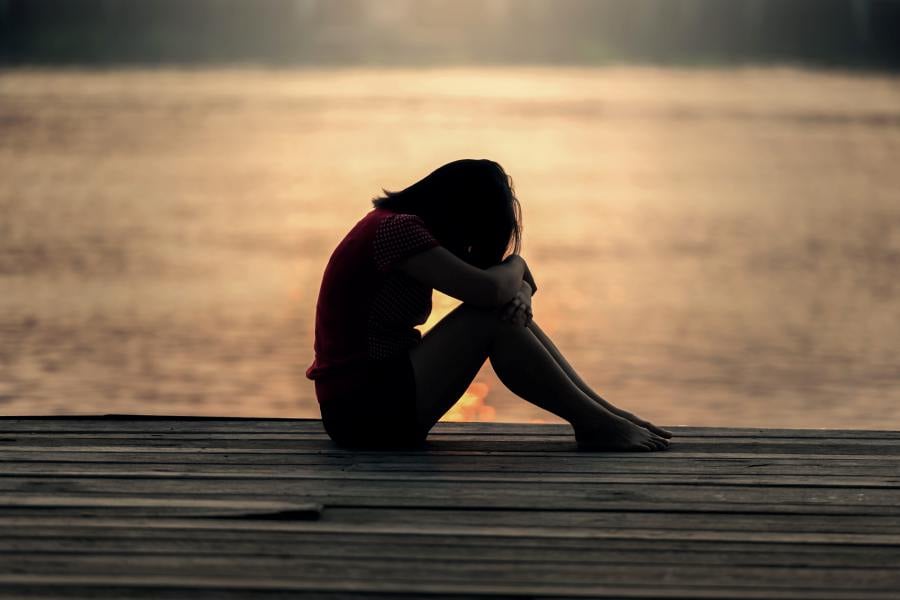 “It is very unfortunate a young life was lost in this manner,” he said. Instagram did not immediately respond to a Reuters request for comment. In February, Instagram banned graphic images and content related to self-harm from its platform, citing a need to keep vulnerable users safe.

The changes came following pressure from the parents of a British teenager, who believed that viewing Instagram accounts related to self-harm and depression contributed to their daughter’s suicide in 2017.