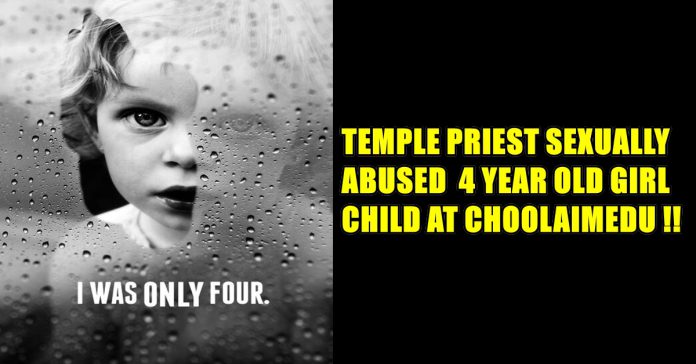 A temple priest was arrested on Saturday on the charge of sexually abusing a four-year-old girl inside a temple at Choolaimedu.

Police said the child, who had come to a relative’s house near the temple, used to play in the streets when V Udhayakumar (40) was reported to have taken her inside the temple and misbehaved with her. He took the child to an isolated place after convincing her grandmother that he would take care of the child until she is done with her prayers. The parents of the child were shocked when she told them how Udhayakumar used to touch her inappropriately.

“The family members were just playing with the child when she casually said the temple priest has often done certain things to her. When they spoke to the child further, they sensed that the priest had touched the girl inappropriately,” said a police officer investigating the case. The irate family members questioned and manhandled Udhayakumar before taking him to the Choolaimedu Police Station.

The All Women Police Station in Thousand Lights registered a case under Section 8 of the Protection of Children from Sexual Offences Act. Following his arrest, Udhayakumar was remanded in judicial custody. The family members had told police that they remembered the child coming back home crying on certain days, but assumed it was merely because of fights with other children in the street. 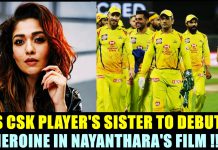