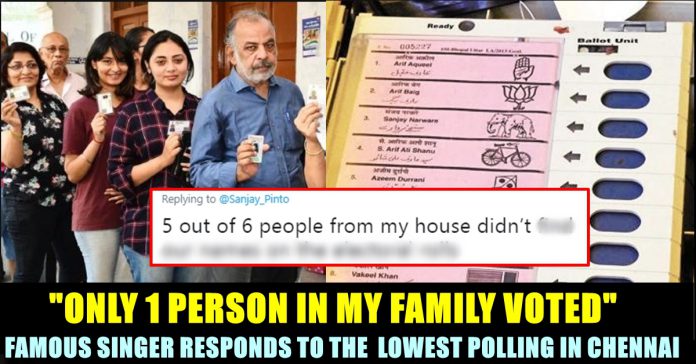 Polling to 38 Lok Sabha and 18 Assembly constituencies in the State was relatively peaceful, barring a few sporadic incidents of violence. Political pundits did expect a higher turnout considering the ‘double anti-incumbency’ that was supposedly in play. The State is witnessing a multi-cornered contest, including alliances led by the AIADMK and the DMK apart from other smaller parties. Despite youngsters, women, senior citizens and families coming together to exercise their franchise on Thursday, Chennai South constituency recorded a low voter turnout on the whole.

Namakkal reported the highest polling at 79.75 per cent, while Chennai Central, where Dayanidhi Maran is contesting, and Chennai South, recorded lowest voters’ turnout at 57.86 per cent and 57.43 per cent respectively.

Average polling share of Chennai, which has three Lok Sabha Constituencies, was 59.01 per cent. Last time, the average turnout was 61.94 per cent in Chennai.

Meanwhile many people found it difficult to find their names in the voters list which led them to go back home without voting. 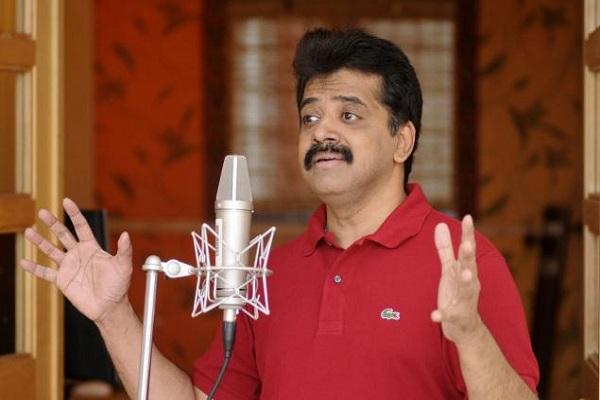 Popular singer Srinivas faced the same issue who complained it in his twitter account. Once a citizen is eligible to vote and has enrolled as a voter, a voter slip from the Election Commission will be issued which confirms the citizen’s name on the voter list. This slip, along with a photo ID proof recognized by the Election Commission, can act as a voter card.

He also asked everyone not to ask him whether he verified it before. His tweet read as “5 out of 6 voters in my house are missing from the electoral rolls. Only my mother lives here according to the election officials .Please don’t tell me that I should have verified before. Never verified anything before paying taxes .Something is rotten with the bureaucrat”

5 out of 6 voters in my house are missing from the electoral rolls. Only my mother lives here according to the election officials .Please don’t tell me that I should have verified before. Never verified anything before paying taxes .Something is rotten with the bureaucrat

However, many booths in Chennai and in other parts of Tamil Nadu faced malfunctioning of EVMs, which led to delay in casting vote. Though EVMs were repaired, people fumed over the delay in doing their duty. This time, people complained about the non-supply of booth slips by electoral officers. In areas such as Pazhavanthangal in Chennai, people had to contact a former councillor, who helped the people find their respective booths.