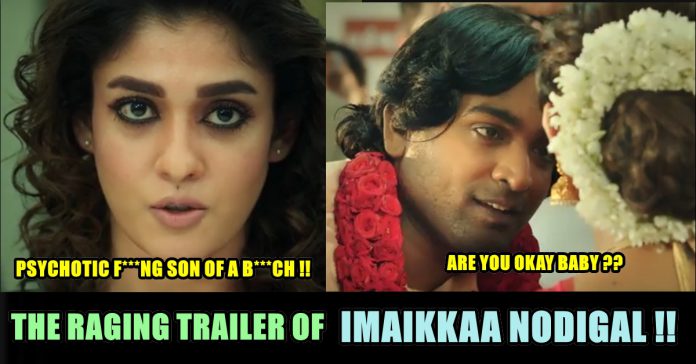 ‘Imaikka Nodigal’ is one of the most awaited Tamil films this year. The film, which went on the floors in 2016, got a positive response from the audience after the teaser was unveiled. Taking to Twitter, the makers reportedly revealed that the team has completed 90 percent of the post-production work and is currently busy with the VFX and sound mixing work. Cameo Films, which is bankrolling the project, stated that they are planning for a grand audio launch later this month. Going by the statement, the theatrical trailer of ‘Imaikka Nodigal’ too is likely to be out soon. Directed by Ajay Gnanamuthu of ‘Demonte Colony’ fame, the film has an ensemble cast including Atharvaa, Nayanthara, Anurag Kashyap and Raashi Kanna in lead roles.

Tipped to a thriller, ‘Imaikka Nodigal’ has music by Hiphop Tamizha Aadhi and is expected to release this summer. The makers still haven’t got a release date from TFPC, which is now regularising the release dates of Tamil films.