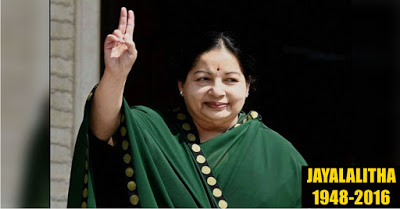 In a patriarchal society, she was the woman every lady felt jealous of. She idealized the lady every woman liked to be, every girl wanted to grow into. One of the most powerful woman in the world, Iron lady, she had every pride etched to her name. Blossomed from a career in the film industry she grew to be that lady every man respected, felt fear of. She was alone. She grew alone. And now she rests alone. It takes quite a gut to be a sole woman in the Indian soil lest be in politics.

Her life has been quite a few ups and downs. Four out of five times she has been striped of her tenure as a chief minister due to corruption cases and the fifth time she was striped of her earthly life. Every time she ended up winning every case piled against her but at the last, decided to take eternal rest. Leaving the entire country void of a woman. One who’d stand up against everything stacked against her. One who’d never back off even if the odds are against her.

Here’s her life laid out on the distinguished happenings in life.

1948- Born Feb 24, in Melukote town,Karnataka.
1961- Starts film career as a child actress.
1965- Debuts as the lead actress in movie Vennira Aadai.
1965- First time acts opposite MG Ramachandran
1982- Becomes a member of the MGR led AIADMK party.
1983- Appointed AIADMK propaganda secretary.
1984- Rift with MGR. Striped from part posts.
1985- AIADMK rift after MGR’s death. One faction supports Janaki, the wife of MGR and the other supports Jayalalitha.
1988- Janaki becomes TN’s CM but President’s rule is soon imposed on the state.
1989- AIAMDK loses election by a huge margin. Janaki quits party clearing the path for a new legacy. Jayalalitha vows to step inside assembly only as CM.
1991- AIADMK-Cong sweeps the polls by a huge margin. Jayalalitha becomes the CM for her first time.
1996- AIADMK Loses by a huge margin. Jayalalitha arrested after 48 cases stacked against her and 8 on Sasikala.
2001- Becomes CM for the second time but Supreme Court unseats her. O Paneerselvam named as CM.
2003- Allowed to contest election. Becomes CM after winning from Andipatti.
2006- Defeated by DMK-Congress alliance. Leader of opposition till 2011.
2011- Returns as CM for 3rd time.
2014- Convicted by the court for illegal pile of assets. Striped of her title as CM and O Paneerselvam was made CM again.
2015- Wins the case and returns as CM once again.
2016- Wins the state polls once again and becomes the CM for the fifth time, second consecutive time.
September 22,2016- Admitted to the Apollo hospitals owing to lung infection. Undergoes treatment for a month and half and is announced to be recovering soon and healthy by the start of November. Signed an official statement in the starting month of November. Expected to come back healthy soon and resume her reign as the undisputed CM.
December 4,2016- Suffers a heart attack late in the evening. Admitted to the Intensive Care Unit.
December 5,2016- Takes her final breath after being kept under life support for an entire day. 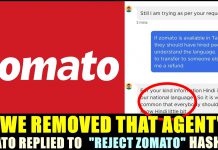 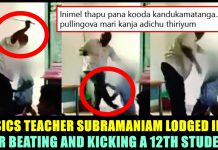