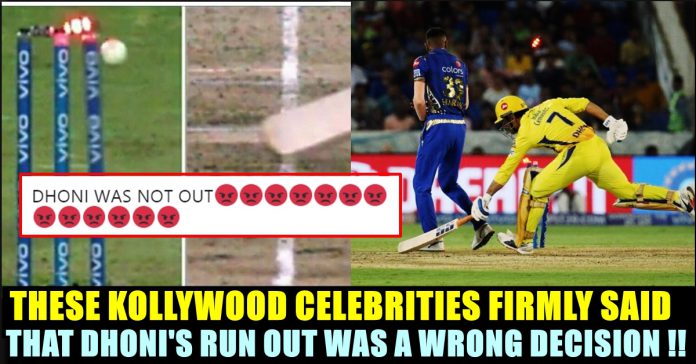 Mumbai Indians beat Chennai Super Kings by a solitary run to clinch a record fourth Indian Premier League (IPL) title on Sunday night. But the MI vs CSK IPL 2019 final was not short of some controversial moments — the biggest being MS Dhoni’s game-changing run out. The CSK skipper came into bat with Shane Watson going great guns at the other end but steadily running out of partners. 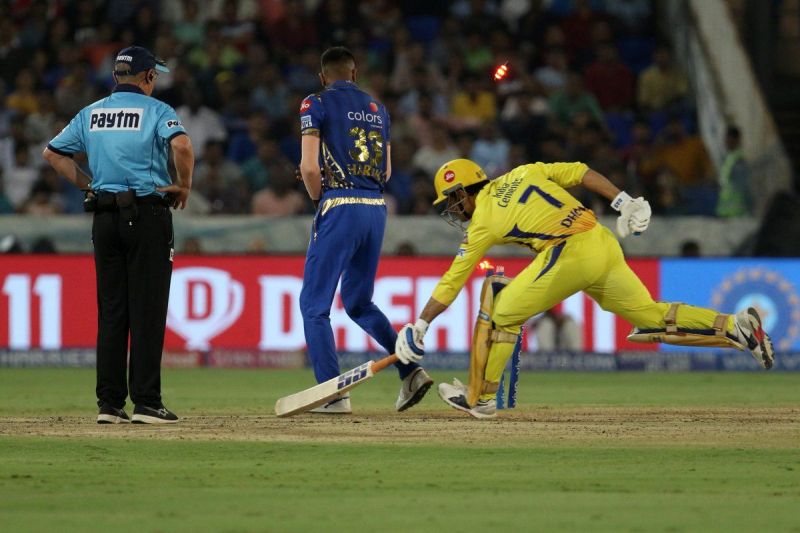 The need of the hour for CSK was what MS Dhoni does best — bat patiently and chase the total down one run at a time. MS Dhoni made his usual slow start to the innings but after scoring just 2 runs, his stay at the crease was brought to a premature end courtesy a rocket throw from Mumbai Indians’ Ishan Kishan.

The on-field umpires immediately went upstairs and Nigel Llong, the third umpire, studied the incident from various angles before coming to the conclusion that Dhoni was indeed short of his crease. While one angle showed Dhoni’s bat in the safe zone, another suggested the other way around. 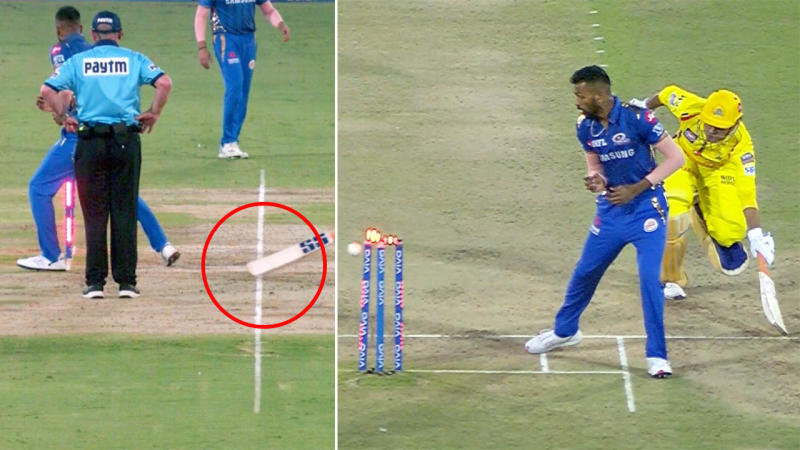 However the decision came in favour of Mumbai Indians and it divided the twitter. Many Kollywood celebrities fans felt that the decision was given wrongly by the third umpire. starting from Petta director Karthick Subbaraj to actor Sarath KUmar many expressed their thoughts on the crucial runout.

Thala was not out… Bad umpiringgg…

Dhoni was not out. Doubt should be batsman favour. Bad call by umpire. Mumbai Indians u did not win.

Congratulations Mumbai Indians but the fact remains that a controversial run out of Dhoni will be a blemish on umpiring,when in total doubt the benefit should have gone to the batsman #IPL2019Final #CSK

#Dhoni was unfairly given run out.. That was the turning point.. #IPL2019Final

What a fail , Dhoni was clearly not out #CSKvMI

Many fans also thought that it was not out who expressed in the micro blogging social media site :

Everyone knows Ms dhoni is not out but thats possible bcz Ambani is here well played 👏 pic.twitter.com/wZl7U1BAxM

However this wicket of Dhoni made a major collapse in the batting  Of CSK that they couldn’t reach the required target. What do you think on this desision of 3rd umpires ?? Comment your views below !!