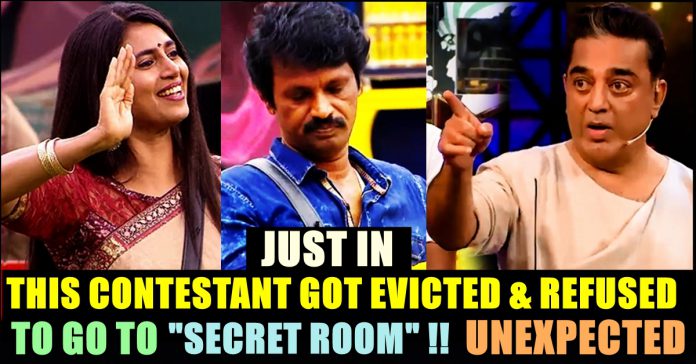 The most anticipated Saturday’s episode streamed yesterday and as usual Kamal Hasan excelled in his own way throughout the show with his observation throughout the week. Ulaganayagan Kamal Haasan who is hosting the show, in the promo itself said that he is going to remind the contestants about the winning the game instead of concentrating on relationship bond. Starting from Sandy’s comment on “Sathunavu Aaya” to Losliya & Kavin breaking Bigg Boss rules, Kamal Haasan discussed on almost everything that happened in the weekdays. 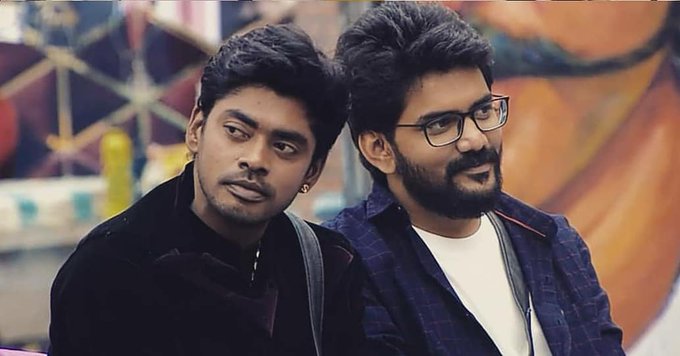 Meanwhile , The anticipation among the viewers of Bigg Boss to know about evicted contestant for this week in Bigg Boss show is sky high. Now it has been revealed officially by several number of media houses. Bigg Boss show is one of the most watched program as far as reality television shows are concerned. Being started with 16 contestants, the show eliminated 8 contestants so far. Now it has been revealed that wild card entrant Kasthuri has been eliminated from the show due to lack of votes. Reports suggested that Kasthuri was offered to enter secret room which will help her to give re-entry into the house. But the actress refused to go as she is not interested to continue her game.

It is notable that the actress made her entry only during few days ago. Since her entry, no contestant liked her company which was evident through their behaviour. In her first week, contestants are not allowed to nominate her. In the next week, contestants including Kavin, Mugen, Losliya, Sandy nominated Kasthuri for nomination which caused her eviction.

As soon as Kasthuri got evicted, reactions keeps on pouring in Internet. Check out some of them here :

Flash news : Kasthuri evicted.. as she refuses to go into secret room

Wise move to not move to secret room 😁😁#BiggBossTamil3 https://t.co/ns90bI1dZ7

So kasthuri evicted as she refused to go secret room. This week Cheran sir captain and he can’t be nominated , it will be nice to see that kakkoos gang nominate each other if at all open nomination is kept #BiggBossTamil3 #BiggBossTamil

Ok,#Kasthuri is now evicted as the Zero Sum.
The Most Zero Sum Type Eviction after Mummy Fatima Babu.
I wished she should have taken The Secret Room.
Bold decision not to take it though.#BiggBossTamil3 https://t.co/QqOsmHO8Q6

#BiggBossTamil3 Confirmed with my friend. Kasthuri was given an option to go to secret room and she refused. Hence, she has been evicted. There will be No Eviction next week. #Vanitha luck or favouritism continues.

What do you think on her eviction ?? Does it going to make any impact inside the house ?? Comment your views below !!