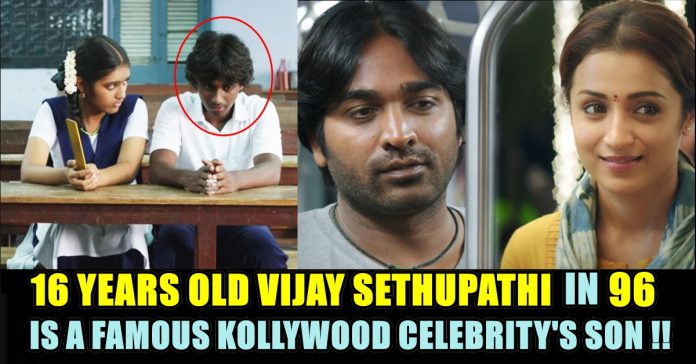 Vijay Sethupathi wandering around with a DSLR, swinging from a tree and clicking pictures in the rain in the teaser. Another interesting aspect is that Trisha is seen wearing the same outfit throughout the teaser. Vijay Sethupathi, however, is seen in different looks. Trisha looks gorgeous and doesn’t seem to have aged at all from her first film! Notably, the names of both actors appear together in the trailer, unlike the usual pattern when the male star’s name appears before that of the female lead. 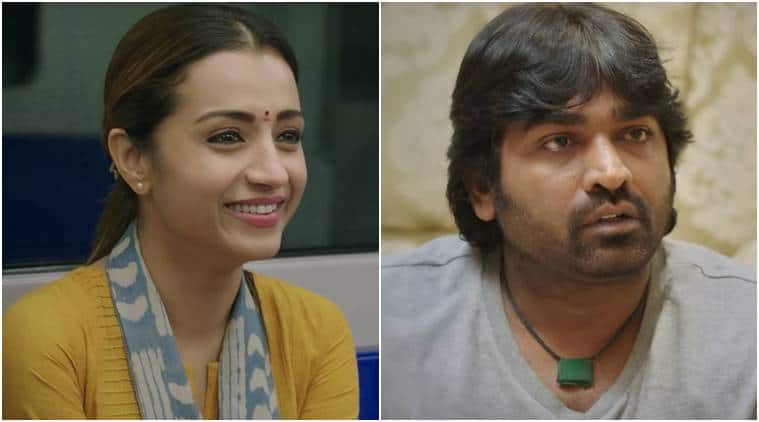 It was earlier announced that the film would be a romantic flick. The first look poster was released to coincide with Valentine’s Day last year.

It was earlier revealed that the film’s title signifies the year 1996. Also, the film will feature Vijay Sethupathi in three different ages of his life – 16, 36 and 96. Vijay already played a 50-plus character in his first production Orange Mittai. In Soodhu Kavvum, too, he played a character quite older than his real self. 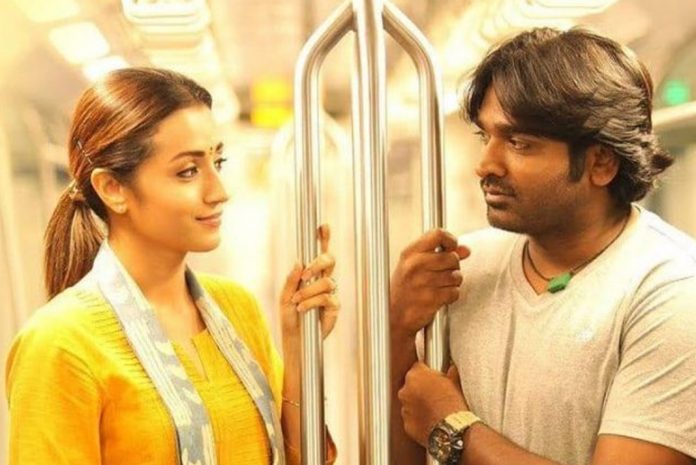 In a recent media interaction, Vijay opened up about the project and heaped praises on his co-star.

watch the teaser of the film here :

According to a Deccan Chronicle report, Vijay said: “Trisha is punctual in coming to the shooting locale every day and is so focused. She gives her best in understanding the needs of the character. She is extremely devoted to the profession.”

The film’s music is by Govind Vasantha of 100 days of Love fame. Mahendiran Jeyaraju and N Shanmuga Sundaram have done the film’s cinematography while R Govindaraj has edited it. Produced by Nandagopal of Madras Enterprises, the film’s release date is yet to be announced. 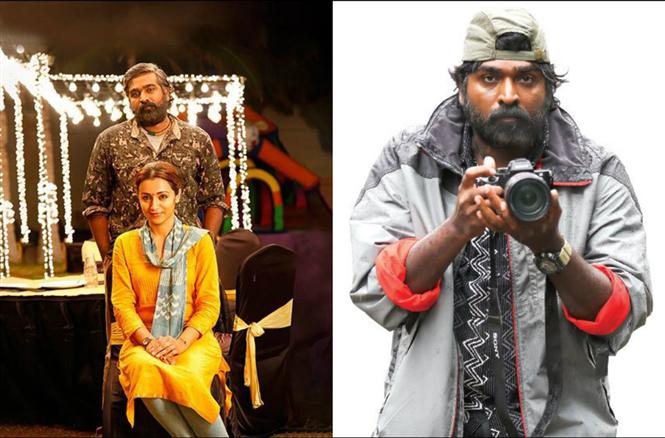 Meanwhile an unexpected news surfaced on Internet where the legendary supporting actor of Tamil cinema M.S Bhaskar revealed that his son played the role of Vijay Sethupathi in his 16.

Named Adhithya Bhaskar, he says that the performance he did in the first schedule of the films was appreciated by both Vijay Sethupathi and Trisha who watched his portions through cell phone.

The Junior protagonist of 96 also mimics most of the Kollywood top celebrities which is really surprising. Watch the video below :

What do you think on this young lad’s attitude ?? Cool ain’t he ??