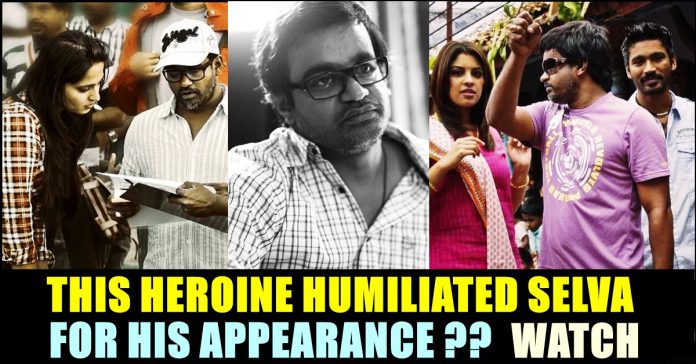 Not many days ago Selvaraghavan came up with an emotional Instagram post to let his followers know about his tragic childhood. In the photo posting social media platform, while completing a challenge, Selvaraghavan decided to write a letter to his 14 year old self to provide him the courage he needed the most at that age. In his post, Selvaraghavan revealed how the world laughed at him for the way he looked at that age. The filmmaker said that wherever he went at that age, people stared at him or mocked him for the lack of an eye.

The filmmaker made it public that he cried every night about it. He said that he even asked the God why he took his eye. “Every night you cry about it. Sometimes ask God “why me? Why did you take my eye?” he wrote in his post. Further he went on to console the young lad by saying what will happen in 10 years. He gave the younger Selva the courage he needs by saying that he is going to direct a blockbuster hit film which is going to change his life forever. He said that the same world will look at him, not to mock but to respect and admire him. He further added that the world will see a man who made changes in their lives with his movies.

Now, a report has emerged saying that a veteran actress humiliated Selvaraghavan when he approached her for an opportunity. Actress Vyjayanthimala is a veteran Indian actress who paired opposite to big names such as MGR & Sivaji Ganesan. A recent report suggested that Selvaraghavan, before debuting to film industry through Thulluvatho Ilamai, approached Vyjayanthimala and asked her to give him an opportunity to launch her son.

At that time, on seeing the appearance of Selva, Vyjayanthimala humiliated him and asked him to get out of her house, according to the movie journalists of Valaipechu youtube channel. The actress asked him to leave her house without even hearing his story. Dejected Selva went on to direct movies by having his own brother Danush as protagonist and became one of the most successful filmmaker.

Watch the video below from 10th minute :

On seeing his successful career, Vyjayanthimala reportedly approached Selvaraghavan to launch her son but the director turned down the opportunity as a result of the previous encounter that took place between them. Suchindra Bali, son of Vyjayanthimala, debuted through a film named as “Kannodu Kaanbathellam” in special appearance and went on to debut as main protagonist through a 2007 movie named as “Ninaithaale” which is a flop. he never acted in any film after that.

Dear selva (age 14) The world is laughing at you about the way you look, because of your handicap, the lack of an eye. Where ever you go people stare at you or mock you. Every night you cry about it. Sometimes ask God "why me? Why did you take my eye?" But don't worry selva. In exactly 10 years you will write and direct a blockbuster hit that will change your life forever. The same world will keep looking at you but not with mocking derision but with respect and admiration. In the next ten years you will make movies that will go down in tamizh cinema history as trend setting cult classics. People will call you a "genius". When people look at you now, they don't see that eye that has haunted you for so much of your young life. They see a man who made a difference to their lives with his movies. So dear boy. Be brave. If God takes something precious from you he will give it back to you in abundance. So cheer up. Smile for photographs (I'm not able to find a single one of you smiling) because in the years to come there will be many pictures being taken of you! Love yourself, Director Selvaraghavan (age 45) This is part of the @mithratrust 7 day kindness challenge. Post a picture of your young self and add a message for the younger you. #kindmindclub #loveyourself

Selvaraghavan was born in a Tamil family to film director Kasthuri Raja and Vijayalakshmi. He has a brother, Dhanush, an actor, and two sisters, who are both doctors. Afflicted with Retinoblastoma, a cancer of the retina, an eye of Selva had to be removed so the cancer wouldn’t spread and “7G” maker makes public appearances wearing glasses.