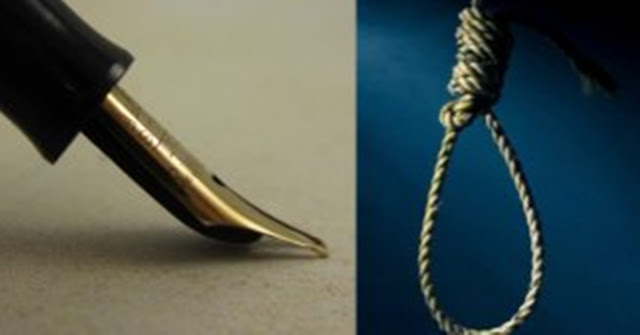 Executions in India are RARE. And even if a person gets a death penalty, there are indeed many sympathizers ignoring the brutal deeds that he or she did. Some people do question the decisions of the Highest Authority i:e The Supreme Court.

Only after considering the situations to a great extent about the age, number of dependents, chances of rehabilitation and improvement, background, family income, depravity of the crime and threat to the society that the accused might impose, the judge announces a death penalty for the accuse.
So, by entertaining a Humanitarian approach, the Supreme Decision Taking Authority tries its best to not declare a death sentence since the laws are supposed to create a detterence and not abhorrence for laws in the society by awarding any kind of punishment.
Well many of us haven’t witnessed the moment when a judge announces a death penalty for a particular individual. Although such cases are RARE , still anticipating some fortune, the possibilities are still quite low.
A trial was conducted on Ajmal Kasab and on 3 May 2010 the verdict was pronounced. Bombay High Court justice ML Tahilyani sentenced the Pakistani terrorist Mohammed Ajmal Kasab to death for his involvement in the Mumbai terror attacks and at the end of his judgement he broke the nib of the pen.

Even in the case of Afzal Guru, on 3 January 2013, President Of India rejected AFZAL guru’s mercy petition and Supreme Court’s judge in his verdict said, ‘ The appellant, who is a surrendered militant and who was bent upon repeating the acts of treason against the nation, is a menace to the society and his life should become extinct. Accordingly, we uphold the death sentence’. He later signed it off before breaking the nib of his pen.

Now the question that comes into my mind is that Why Do They Break The Nib Of Their Pen ! !
If we look back at the history of India, we all know that India was once ruled by Britishers who implemented their law and order in our country. The way they worked and managed their system, even after almost 69 years of Independence, we do follow some of their old culture in our present constitutional works.

This practice of breaking nib of pens has been followed since British Raj, where such an act is considered as metaphoric. It is usually done because the pen which has been used to take away a person’s life should never be used again ever. There is an old saying which goes like ‘A court that puts a man to death once in seventy years is soaked in blood. The death sentence is a sad, but sometimes necessary thing, and breaking the pen used to carry it out expresses that sorrow.’

Some people also say that the nib was broken because the judges who awarded these death sentences wanted to keep themselves at a distance from the judgement and guilt for the same.
However, it is not always necessary to follow such rituals because such beliefs differ from person to person. And if we look into more modern day judgments, Judges usually use Ball pens and it is quite difficult to break their nibs. Although I have heard some people saying that in such situation, judges usually destroy the refill by breaking or burning them out.

Another interesting fact that we should note is that, there is no mention of such rituals in the Code of Criminal Procedure-1973 which may draw us to the conclude that such thing might have been just a mere belief of an individual judge.

In criminal cases, the Judges have no powers to review their own judgements or orders once they have written and signed it. The only way to change or alter with the judgement is by appealing to higher courts.
So the reason of breaking the nibs of their pens might be because of not to rethink or reconsider their own decisions on that particular matter.
So, I hope that I was able to give you some good information regarding this subject. If you are practicing law and have some knowledge regarding this subject, please feel comfortable to correct me if I am wrong from any way by writing your opinion in the comment section below ! !