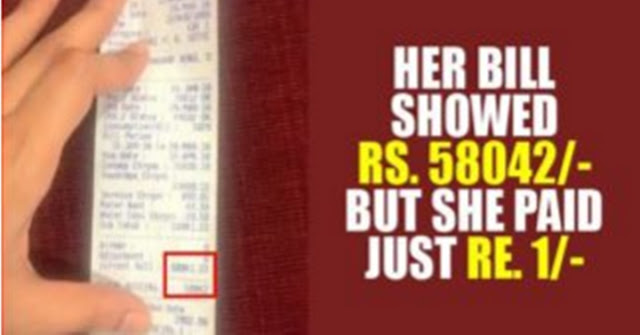 We have come across so many incidences these days when government has actively helped on social media. The officials immediately respond to complaints made on Twitter. One such incident is of Leher Sethi, a Delhi based woman who tweeted to Arvind Kejriwal, the CM, with regards to her water bill issue. Her water bill amounted to a shocking Rs.58,042. Although Sethi paid the bill, she wanted an explanation and sought the same on Twitter on the 19th of April.

See my bill! How is this possible?

Soon, Kapil Mishra, the Minister of Water gave a response to her tweet. He acknowledged the issue and assured her of looking into this matter.

On the 21st of April Mishra again tweeted that they have solved the issue and her account would be credited with Rs.58,041.

This means, the lady ended up paying just Rs.1