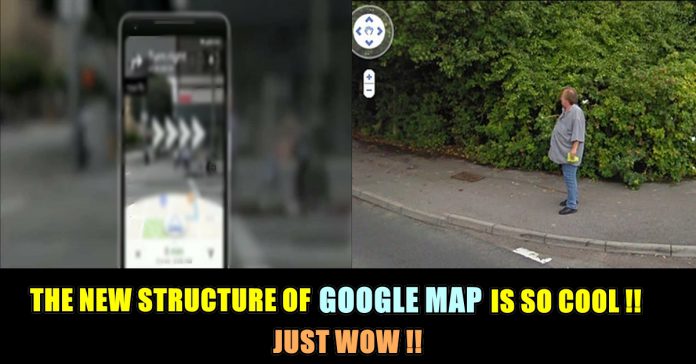 Google managed to elicit an audible gasp from the crowd at I/O today when it showed off a new augmented feature for Maps. It was a clear standout during a keynote that contained plenty of iterative updates to existing software, and proved a key glimpse into what it will take to move AR from interesting novelty to compelling use case.

Along with the standard array of ARCore-based gaming offerings, the new AR mode for Maps is arguably one of the first truly indispensable real-world applications. As someone who spent the better part of an hour yesterday attempting to navigate the long, unfamiliar blocks of Palo Alto, California by following an arrow on a small blue circle, I can personally vouch for the usefulness of such an application.

It’s still early days — the company admitted that it’s playing around with a few ideas here. But it’s easy to see how offering visual overlays of a real-time image would make it a heck of a lot easier to navigate unfamiliar spaces. In a sense, it’s a like a real-time version of Street View, combining real-world images with map overlays and location-based positioning. In the demo, a majority of the screen is devoted to the street image captured by the on-board camera. Turn by turn directions and large arrows are overlaid onto the video, while a small half-circle displays a sliver of the map to give you some context of where you are and how long it will take to get where you’re going. Of course, such a system that’s heavily reliant on visuals wouldn’t make sense in the context of driving, unless, of course, it’s presented in a kind of heads up display. Here, however, it works seamlessly, assuming, of course, you’re willing to look a bit dorky by holding up your phone in front of your face. There are a lot of moving parts here too, naturally. In order to sync up to a display like this, the map is going to have to get things just right — and anyone who’s ever walked through the city streets on Maps knows how often that can misfire. That’s likely a big part of the reason Google wasn’t really willing to share specifics with regards to timing. For now, we just have to assume this is a sort of proof of concept — along with the fun little fox walking guy the company trotted out that had shades of a certain Johnny Cash-voiced coyote.

But if this is what trying to find my way in a new city looks like, sign me up.