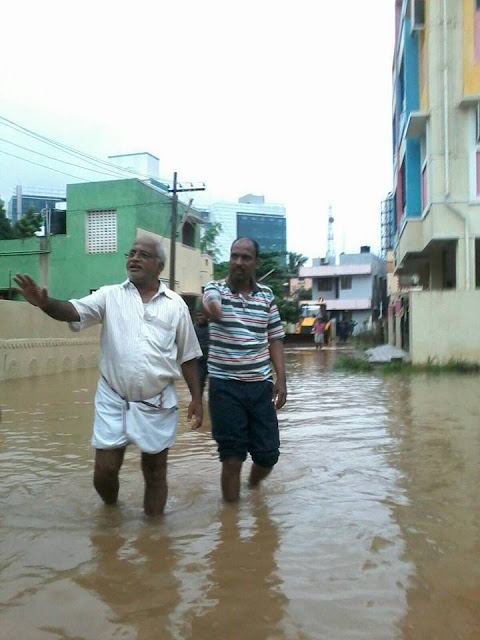 This person is also an ADMK Councillor from Chennai. He was bed-ridden few months ago after a Spinal cord surgery. And now he is working all day & night for the past 1 month during this rainy season to ensure his people are safe and comfortable. While there are hundreds of complaints (which are true) about politicians, I am sure there are atleast few such genuine politicians who truly serve the people. Let’s appreciate the efforts of such people.

Unlike other Councillors,he went through all the streets and identified all the flooded spots.

He pooled everyone’s money and his “own” money to buy food packets ..

When the trees fall down,he made sure that they were cut down and removed.

Unlike other party members,he never enforced any people to use stickers. He did his duty and never ‘branded’ the services. There are most of councillors who’re honest like him.
-Shared by Suresh Srinivasan