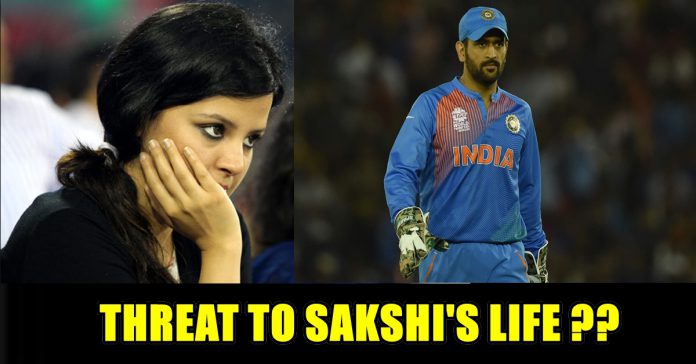 MS Dhoni and his wife Sakshi Dhoni is one of the adorable pairs in the Indian cricketing fraternity and are in the limelight more often than not. The media follows the couple wherever they go much due to the fan following of the former Indian captain. It seems that for the same reason, Sakshi has applied for the arms license citing threat to her life. Dhoni is more often on the tours with Team India and will soon travel to the United Kingdom where he will be involved in as many as 5 T20 Internationals and 3 ODIs. Despite the fact that he has stopped playing the longest format of the game, the hectic schedule of the team doesn’t allow him to spend much time with his family.

According to the reports in India.com, Sakshi Dhoni has applied for a permission to keep a pistol or 0.32 revolver. She has mentioned that there is a possible threat to her life given the fact that she is alone at home mostly with her husband on national duty. She has requested the authorities to grant her arms license without any delay. Earlier in 2010, MS Dhoni was also provided with the arms license for weapons of the prohibited bore to purchase a 9 mm pistol. He had applied for the same in August 2008. This license is issued by the central home ministry after the recommendation of the State Government.

Jharkhand’s home department had accordingly sent its recommendation back in December 2008 itself but the process was delayed as the home ministry sought some clarifications over the same. Now it remains to be seen if Sakshi’s application is approved as she has given the justified reason. Team India will leave for the UK soon and the limited overs specialists will be back only after the conclusion of the ODI series which will end on July 17.