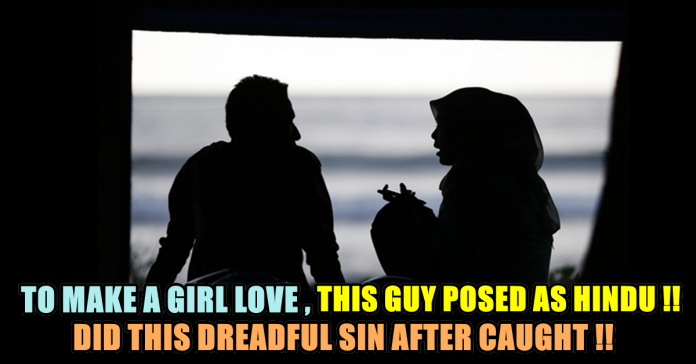 In what could be termed a case of ‘Love Jihad’, a Hindu girl was allegedly made to walk into a relationship with a Muslim boy, who posed as a Hindu.

This shocking case, which is similar to ‘Love Jihad’ cases, has emerged from Howrah district of West Bengal. According to locals, the 35-year-old Subhologna was in a relationship with a resident of Karatipara of Konnagar area, Sheikh Sultan. It is being alleged that Sultan had kept his religious identity hidden. The duo was supposed to do a court marriage. However, after being informed about Sultan’s real identity, Subhologna’s parents called off the marriage. Angry Sultan then shot Shubhologna dead on Thursday. He tried to escape after the committing the crime but was nabbed by the locals.

The incident took place in the Konnagar area under Uttarpara Police Station at around 8 p.m on June 12. The police official said, “When the marriage was being called off, Sultan attacked his wife on Thursday. Her parents Tushar Chakroborty and Shubhra Chakroborty were severely injured while trying to save her. They are being treated in the Uttarpara State General Hospital. Sultan has been taken into police custody for 7 days.

‘Love Jiha has been a raging issue which is a campaign under which Muslim men target women belonging to non-Muslim communities and allegedly trying to convert them to Islam feigning love.