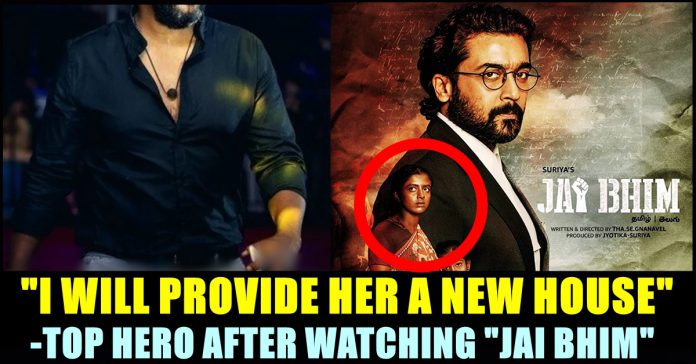 The actor said that he became aware about the hardship Parvathi Ammal going through in real life after watching a video made by “Valaipechu” YouTube channel. Bismi, Sakthivel, Anthanan who are running the channel, met Parvathi Ammal in her village and presented her a gold chain. They also reported about the state of her rental house through their video and asked actor Suriya to provide permanent solution for her living.

“Valaipechu” makers also pointed out that Parvathi Ammal didn’t belong to “Irular” community but to a community named “Kuravar”. They wanted Suriya and co to help Parvathi Ammal without delay. On seeing the video, Raghava Lawrence released a video promising to provide a new house for Parvathi Ammal and her family.

“The hardship Parvathi Ammal is going through after facing severe punishment for a crime that her husband didn’t commit, affected me a lot” Raghava Lawrence said giving credits to “Valaipechu”. “After knowing about the details, it worried me more. I have promised to build a house for Parvathi Ammal. I thank Valaipechu team for making me aware of Rajakannu’s wiife Parvathi Ammal” the actor-director said in his post.

Lawrence also thanked “Jai bhim” team for causing the discussion about the cruel incident that took place 28 years ago. He ended his note by thanking Suriya, Jyothika and Gnana vel. Check out the tweet of the actor below :