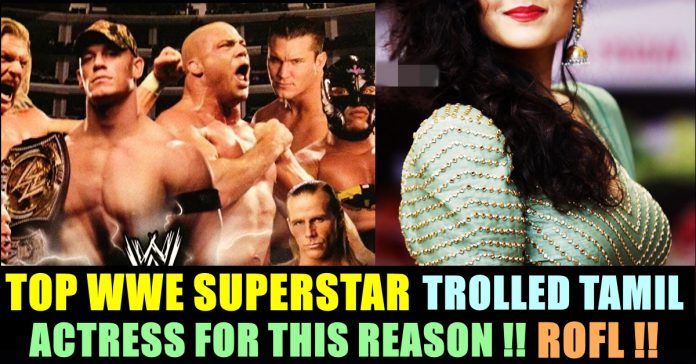 Not many days ago, first looks of Ashok Selvan and Ritika Singh’s next film got released. After Shivalinga, Ritika Singh has been missing from action for the past two years. Her award-winning performance in Irudhi Suttru earned her numerous fans down south but the actress seems to be choosy in signing new films.

On the other hand Ashok Selvan who debuted as one of the lead in Soodhu Kavvum, acted in films like Thegidi, Pizza 2 etc. His last venture was Kootathil Oruthan in which he paired up with Priya Anand. The actor who is desperate for a breakthrough is all set to appear in “Oh My Kadavule” first look posters of which is doing rounds in social media.

Three posters of Oh My Kadavule has been released, which look funny and adorable. Ritika and Ashok are dressed as bride and groom in the posters, and the actress can be seen giving a hard time to Ashok.

Directed by debutant Ashwath Marimuthu, Oh My Kadavule comes across as a funny romantic-comedy. TV actress Vani Bhojan is also part of the upcoming film.

Check out the posters here :

And in the third and final poster, I went for the leg lock and made him tap 😂 I’m a lover also, fighter also 🤷🏻‍♀️ #OHMYKadavule #OMK #firstlook

#OHMYKadavule is finally hereeee! Waited so long for the official release to talk about this film with you all! I had the best time shooting with the amazing cast and crew ❤️ Two more posters coming up! Stay tunedddd 👻 Also a big thank you to #JayamRavi Sir for releasing this poster And the lovely #JunoMarie for designing this beautiful outfit for me 💕 @ashokselvan @vanibhojan_ @ash_ippy @tanvismarathe @leon.james @vidhu.ig @axess_filmfactory #ohmykaduvulefirstlook #OMK

Ritika Singh couldn’t keep calm after seeing this comment from the veteran wrestler. She has been talking about it in her twitter and Instagram since morning. Check out her posts here :

#KURTANGLE COMMENTED 😱
MOTHER OF GOD!!!
AM I DREAMING 😍😍😍

Also my Ankle lock was on point while shooting, but we had to change it, coz it wasn’t looking good on camera and I also didn’t want to break @AshokSelvan‘s leg 😂
And we were in this position for a very long time 🤕 pic.twitter.com/h5ApzQbhs2

THIS JUST HAPPENED!!! 🤯
Thank you so much @RealKurtAngle and @giovannaangle
This means the world to me 💕🙏🏼
You’ve made a little girl’s dream come true.. used to be glued to the television watching you wrestle!
WHAT… https://t.co/J8hnFqwcw1

He just made her real happy without even being aware of it, it seems !!