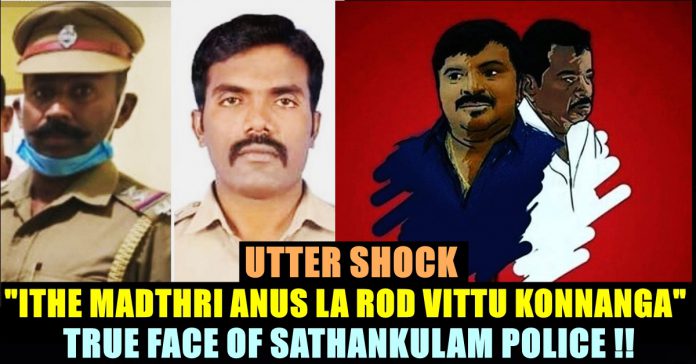 Two sub-inspectors Balakrishnan and Raghu Ganesh who involved in the murder of Jayaraj and Bennix has a similar history and killed a number of men in the same station, says Henri Tiphagne, an executive committee member of World organisation against torture, lawyer and executive director of Madurai’s People Watch, an non-government organisation. He made a detailed analyse in his recent interaction with Galatta youtube channel.

One of the two suspended sub-inspectors is making all the efforts to compromise authorities by having a strong connection with his district’s community leader, says Henri. “I don’t want to expose his name right now. As the government hasn’t provided witness protection till now, it is my responsibility and duty to make this allegation public.” Henri says who goes on to reveal about another victim named as Mahendran.

Mr. Henri says that Mahendran died of a similar treatment that was provided to both Jayaraj and Bennix. It was reportedly happened a month before and Mahendran was tortured by the Police officers. “The same treatment of inserting iron rod in anus was given to Mahendran. During this process of torturing, the two sub inspectors have fully used the Friends of Police, along with other constables. Mahendran’s body was disposed after he died of their torture. They threatened people to kill them in encounter if anyone discloses about the death” says Henri in the video. “Inspector Sridhar must have known about all these” he added.

Mahendran was taken into custody in the name of interrogation about his brother’s whereabouts who is a murder accused. “This trio of arresting an individual, torturing him in Sathankulam police station – getting him remanded by Kovilpatti magistrate – custody in sub-jail is constant” firmly says Henri. “The Police officials of Sathankulam has complete belief on the magistrate of Kovilpatti.”

Henri further reveals that Balakrishnan serviced in jail and became a sub-inspector later. “The superintendent of Kovilpatti sub-jail and Balakrishnan might be batch mates. This relationship helps them to operate together” he says. “The people who are dubbed as Friends of Police are merely the henchmen of Police. People and lawmakers should understand this” he added.

“This level of inhumanity increases in their body when the influence of alcohol accompanies them while beating. That is why such crimes are taking place mostly in night times” reveals Henri. He also explained about a case on an individual named as Rajasingh. Henri firmly believes that the cops who were involved in the murders are backed by senior officers and political parties. “Senior officers who fails to question their department officers, should be treated as a criminal” he said in the video.