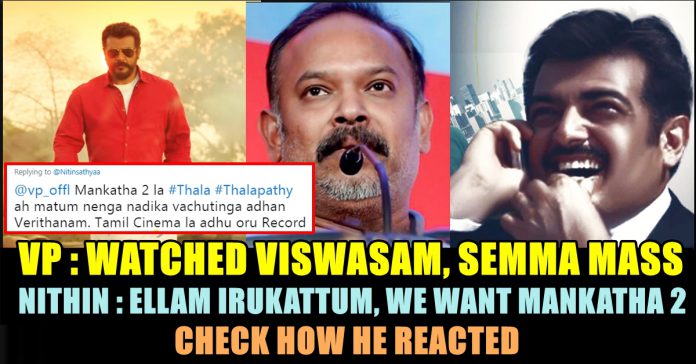 On the occasion of Pongal, South movie lovers are being treated with the pleasure of witnessing an epic box office clash between two of Tamil movie industry’s biggest superstars Rajinikanth and Ajith Kumar. 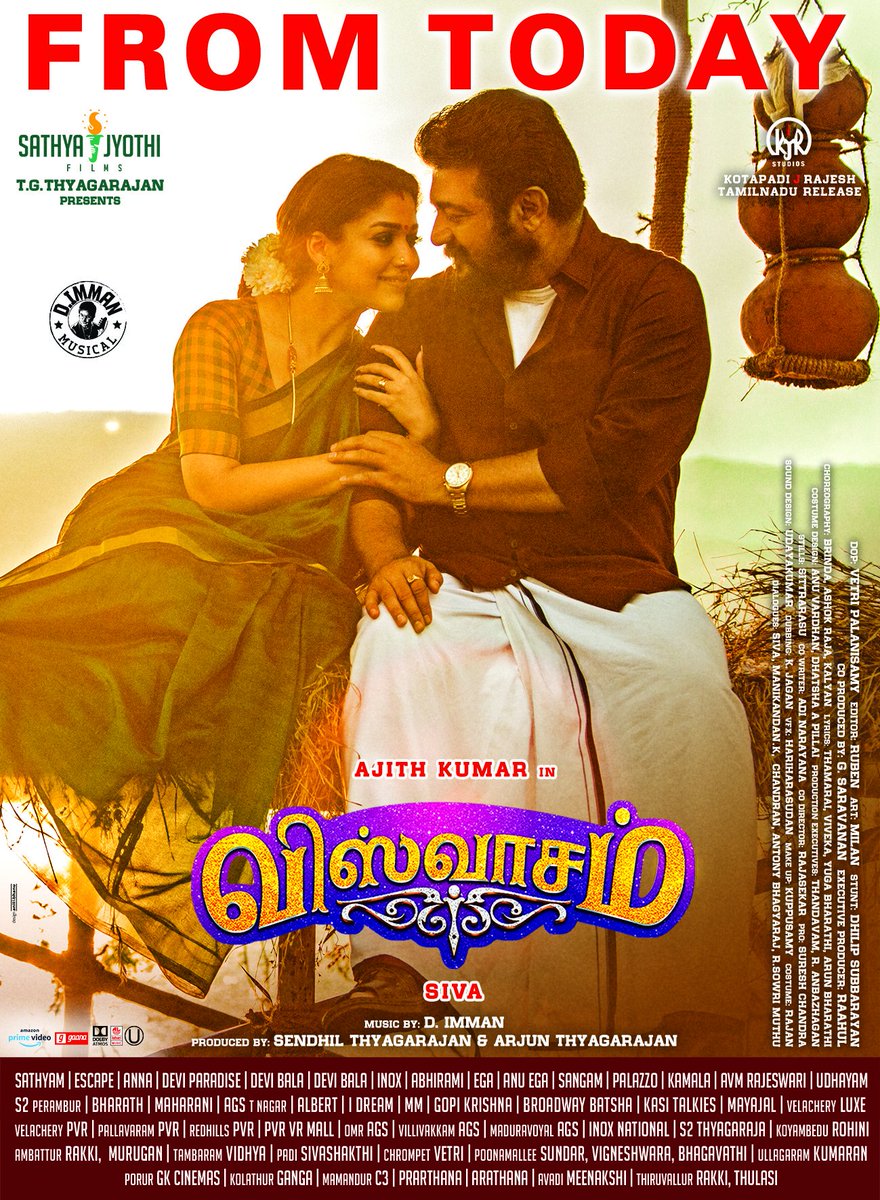 Ajith, who was last seen in the 2017 blockbuster Vivegam, has entertained the audience with an out-and-out commercial potboiler Viswasam. The film also stars Nayanthara, Yogi Babu, Vivek, Robo Shankar, Thambi Ramaiah and Kovai Sarala among others. The film has a great buzz in Tamil Nadu and its worldwide theatrical rights have been valued at Rs 75 crore. Viswasam has been directed by Siva, who has previously directed Ajith in Vivegam and Vedalam. 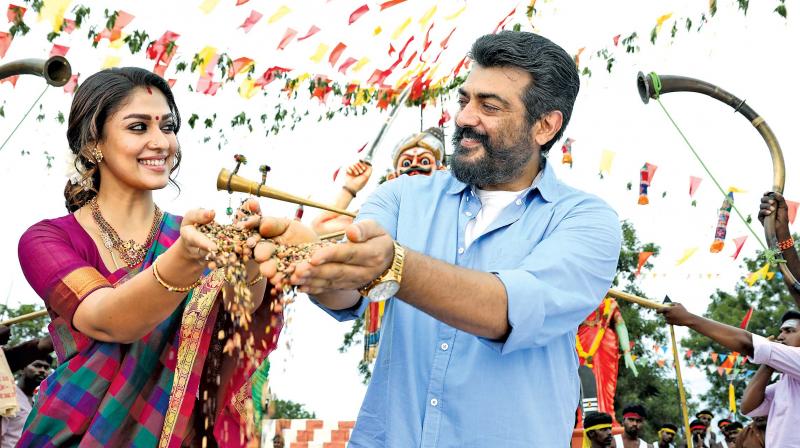 Many fans of Ajith Kumar and common audience enjoyed the films in theatres and expressed their thoughts through social media. Even some of the celebrities lauded the film after watching it in theatre. Sivakarthikeyan said “#Viswasam – #Thala round katti adichirukkar..Fun,emotions,mass complete package.. Thanks to @directorsiva sir @immancomposer anna #Nayanthara and full team for tis family entertainer #ViswasamThiruvizha”

Hi Friends and Fans..! Congrats to all Thala fans, amazing family entertainment with nice sentiment. A big star choosing a family entertainer is such good thing. congrats to @directorsiva , @vetrivisuals and whole team of #viswasam.. pic.twitter.com/2Sp82tct0J

Director Suseenthiran also enjoyed the movie in theatre and said :

Most importantly director Venkat Prabhu who has worked with Ajith Kumar in the movie “Mankatha” watched the film and said “A family entertainer in a mass commercial format!! Me Always a #thalaviswasi”

A family entertainer in a mass commercial format!! Me Always a #thalaviswasi

Not only Nithin Sathya many fans who enjoyed the blockbuster film Mankatha has been waiting for the sequel since then. Expecting a word from the director about the sequel, Fans kept on requesting him often in social media platforms. But now for Nithin Sathya’s reply Venkat Prabhu opened for the first time about Mankatha 2.

The director actor replied “Namma #thala thaan sollanum machi”  which received nearly 5 thousand loves from the fans and so many reactions.

Check out the reply here :

On seeing this reply so many fans reacted even some Vijay fans wants Vp to direct Vijay and Ajith in Mankatha 2. Check out the reactions :

#Magatha2 😎😎😎 with #Thala and #Thalapathy

Meanwhile the trailer of both the films Petta and Viswasam had created a huge controversy among fans of both superstars. The Petta trailer ends with Rajinikanth warning his detractors and enemies (in the film) to run away. Viswasam’s trailer ends with Ajith calling himself a family man and ready for a showdown with his enemies over it. Meme creators in Tamil Nadu are having a field day, thus increasing the expectation meter for both films.

What is your views on Venkat Prabhu doing Mankatha 2 with Ajith and Vijay !! Comment below !!