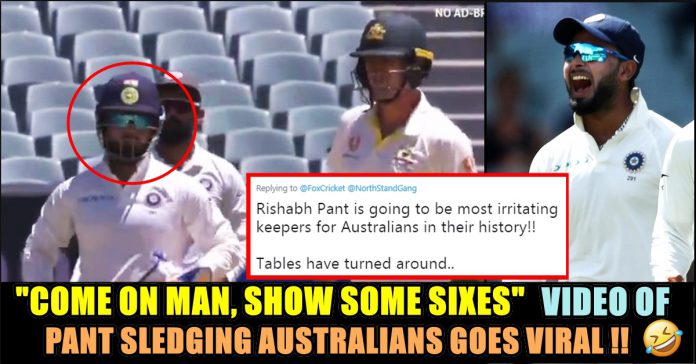 Indian wicketkeeper-batsman Rishabh Pant, who impressed everybody with his fearless batting during India-Australia 1st Test in Adelaide, is also entertaining the fans from behind the wickets. Still learning the tricks of the trade, Pant has been constantly giving the hosts a taste of their own medicine through his non-stop chattering from behind the wickets. When Usman Khawaja was batting in Australia’s 1st innings, Pujara was heard saying, “Not everybody is Pujara here,lads!” 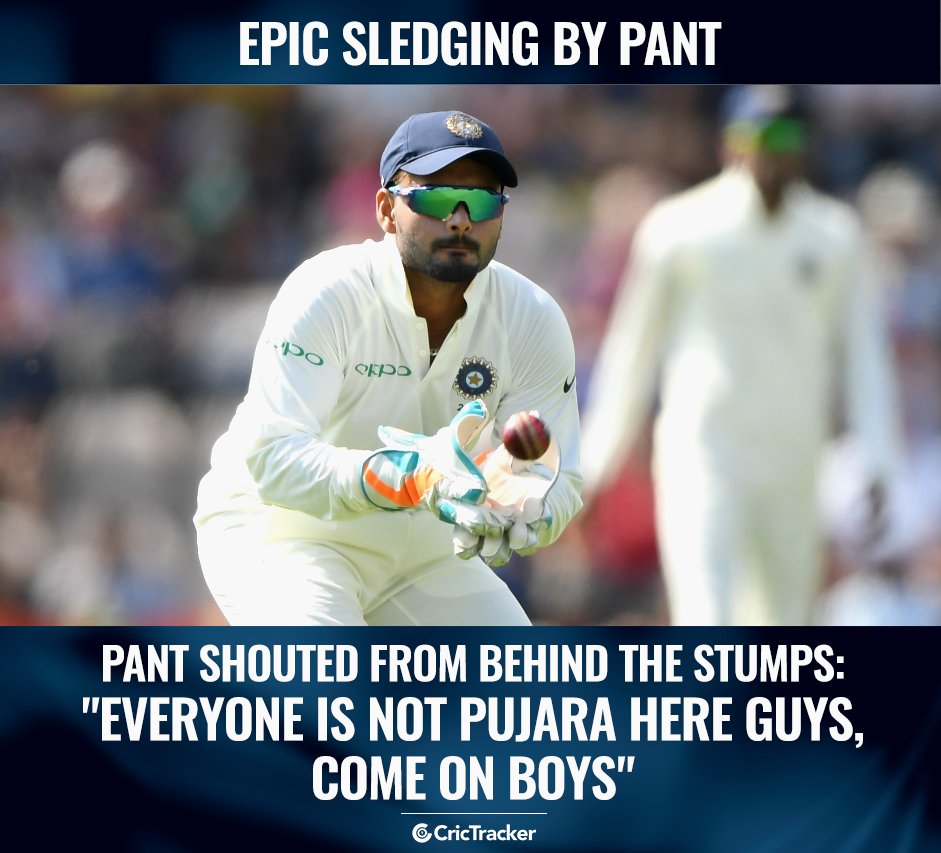 While Pant’s sledging to Khawaja made headlines, he continues to sledge the Aussies – something which was heard once again on the final day of the Adelaide Test. Chasing a herculean 323-run target in the fourth innings, Australia resumed play at 104/4 on Day 5. When Pat Cummins was at the crease, Pant once again unleashed some gems from behind the wicket. “Come on Patty, not easy to play here man, show some sixes” and “Keep bowling there in the pads, to Pat,” were some of the phrases used by Pant while Cummins was batting. 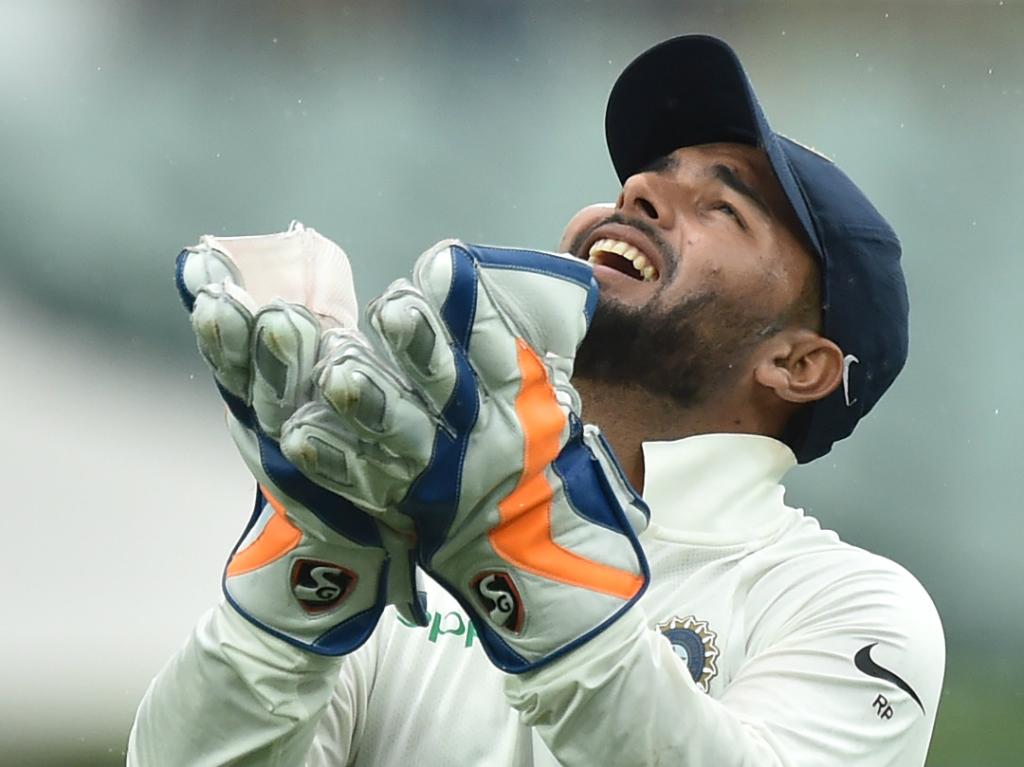 “Come on Pat – you’re not putting the bad ball away!,” Pant continued to say for the entire duration of an over.

Stump mic on 🔊
It’s cricket like never before, no commentary in the whole over 😮 #AUSvIND #foxcricket pic.twitter.com/8R2nwVMa9W

Cummins was batting on 0 off 14 balls when the incident took place. The Australian lower-order did put up a fight and ensured Indian bowlers had to sweat it out for all ten wickets. With the win in Adelaide, Kohli’s men became the first-ever Indian team to win the opening Test match against Australia in a series Down Under. Cheteshwar Pujara was adjudged Man of the Match for his stupendous 123-run knock in the first innings followed by a 71 in the second. Although some Twitter users were amused by Pant’s behind-the-stumps chatter while others thought it was uncalled for. Check out the reactions here :

Rishabh Pant is going to be most irritating keepers for Australians in their history!!

Tables have turned around..

Rishabh Pant is having some fun behind the stumps.. “Suddenly you became captain from nowhere” on Tim Paine.#INDvsAUS

Rishabh Pant is having some fun behind the stumps.. “Suddenly you became captain from nowhere” on Tim Paine.#INDvsAUS

Get your sound on, this is brilliant! 📢

“He’s not putting away the bad balls!”

The stump mic is turned up for an over to hear how Rishabh Pant gets stuck into Pat Cummins 🤣👏 pic.twitter.com/u9OFBZmqn2

Rishabh Pant is probably the first Cricketer to sledge his own bowler as well as the batsman. ‘Come on Pat – you’re not putting the bad ball away!’ #ausvind

#RishabhPant took over commentary from behind the stumps during the Adelaide Test.

keep blessing us with the commentary and blabbering behind the stumps, boi.
Well played and best of luck for the series ahead ❤️🇮🇳

No need of commentators when you are behind the stump mic

“Not everyone is Pujara here”
“It’s not easy to survive man”
“Come on Pat, hit some sixes”
“Keep bowling in the patch to Pat”
“Come on Pat – you’re not putting the bad ball away”

The current Indian team also became the first Asian side to win a Test each against South Africa, England and Australia in the same calendar year. On the other hand, Kohli added another milestone to his already decorated resume by becoming the first Asian captain to register a win each against South Africa, England and Australia. Australia, without the services of Steve Smith and David Warner, need to regroup as a unit in order to make a comeback in the series.