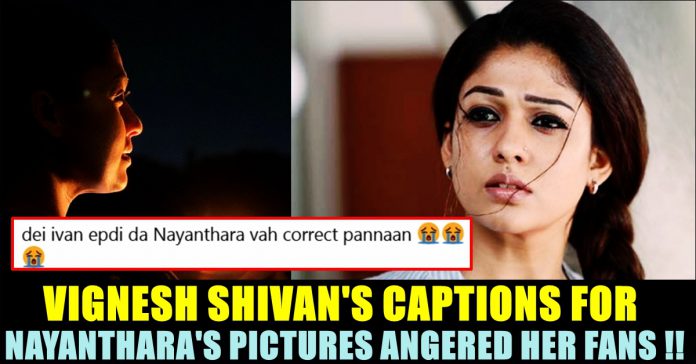 Almost every cinema celebrity in Indian film industry followed the words of Prime Minister Narendra Modi and acted accordingly by lighting candles during 9 PM for 9 minutes. Starting from Rajinikanth from South to Amitabh Bachchan from north, pictures and videos of cinema stars switched off their lights and held a candle or torch in their hands, surfaced.

“On April 5, Sunday, at 9 pm, I want 9 minutes from all of you. Turn off all the lights in your homes, stand at your doors or balconies and light candles, lamps or mobile flashlights for 9 minutes” said PM Modi in a video message on 2nd April’s morning.

“We must altogether, challenge the darkness spread by the coronavirus crisis, introducing it to the power of light. No one is alone during the lockdown, the collective super power of 130 crore people is with every citizen” he said in the video who also asked people not to violate the lockdown while following this.

Director Vignesh Shivan who is known for making films like Naanum Rowdy Thaan, Thaana Serntha Kootam also posted pictures of following the request of The Prime Minister. He uploaded pictures of his girlfriend Nayanthara holding the diya. In one of his post, the filmmaker communicated with Coronavirus and requested it to go away. In another post, he asked if the temperature caused by lights and fire yesterday killed some members of Corona family. In his Instagram story, he said “From 9 to 9 :09 for 9 mins with 9”

Check out his posts below :

Dear corona … ! We only do this for God during our prayers ! Now we are doing it for u ! Jus requesting and praying that you would let us to get back to normal !! #GoCorona #corona please show come karunai 🙏🏻🙏🏻🙏🏻🙏🏻 Go away please !

So scientifically speaking … with so much of fire & light the atmospheric temperature would have increased by a few degrees and we would have successfully killed some members of the corona virus 🦠 family ! #IsThatAFact ??? 🤷‍♂️🤷‍♂️🤷‍♂️🧐🧐🧐🤔🤔🤔🤔🤔🤔🤔🤔🤔🤔🤔 #wikkiclicks📷 #nofilter #candles #candlelight #photography #photo #shotoniphone #nayanthara

These captions from the filmmaker irked few users of the social media platforms, especially the fans of actress Nayanthara. “You could have stopped with the photos. Why such a stupid caption? If you think it is funny, no it is not!! IT’S DUMB” said one of a follower by tagging his official twitter account.

Photo oda stop panirkalaame yaa @VigneshShivN, why such a stupid caption…? If you think it is funny, no it is not!! IT'S DUMB🙏 Vera edhum solla virumbala🙂🚶 pic.twitter.com/X81xiIdpwQ

Comment your views on these captions of Vignesh and the reactions it is receiving !!