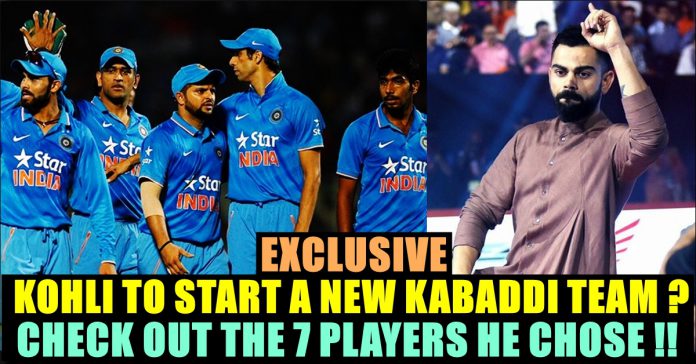 Virat Kohli, the India cricket team captain, opened the Mumbai leg of Pro Kabaddi Season 7 at the NSCI Dome in Worli on Saturday. The special guest also sang the National Anthem ahead of the Maharashtra Derby as home team U Mumba took on the Puneri Paltan. Kohli seemed to be enjoying the tackles and raids as the camera kept panning on him. 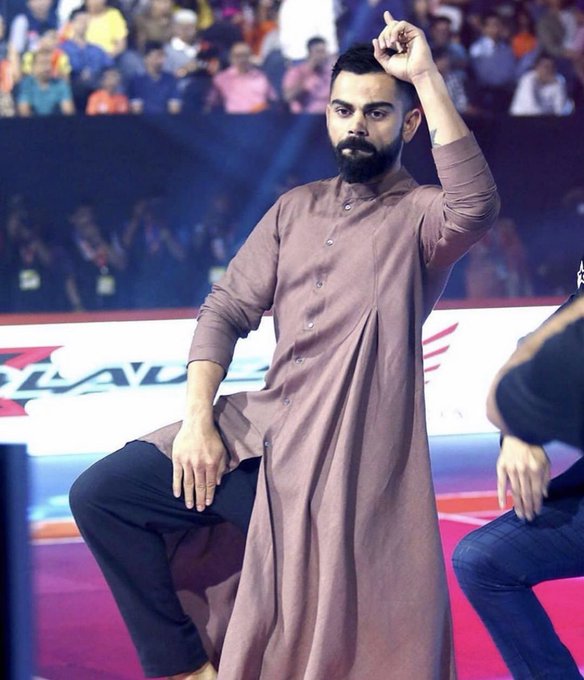 The cricketer who seems to be an ardent follower of Pro Kabaddi, answered to few questions about the game. Virat Kohli, replying to a question on India cricketers for a kabaddi team, chose MS Dhoni without any hesitation, saying kabaddi players need a lot of strength and athleticism. Kohli added that he would not be picking himself in the kabaddi team. The India cricket captain named MS Dhoni, Ravindra Jadeja, Umesh Yadav, Rishabh Pant, Jasprit Bumrah, and KL Rahul. “It requires a lot of strength and athleticism. So I would say, MS Dhoni, Ravindra Jadeja and Umesh Yadav. Umesh is really strong. Rishabh Pant as well. I would say Bumrah because he can really work on a toe-touch. One more… I am not even going to include myself because these guys are stronger and more athletic. The last one would be KL Rahul. That’s my seven,” Virat Kohli told Star Sports.

Which of his teammates make it to the skipper’s kabaddi 7? 🤔

As tough on the mat as he is on the pitch – @imVkohli is a true Pangebaaz as he shows here in this rapid-fire Q&A!

When Kohli was asked if he likes to be a raider or a defender, Kohli without a second thought said that he would like to be a raider as he is a attacking player himself.

Meanwhile, Virat Kohli named Rahul Chaudhri as his favourite kabaddi player and said the camaraderie between Chaudhri and Ajay Thakur for Team India and Tamil Thalaivas reminds him of himself and MS Dhoni. 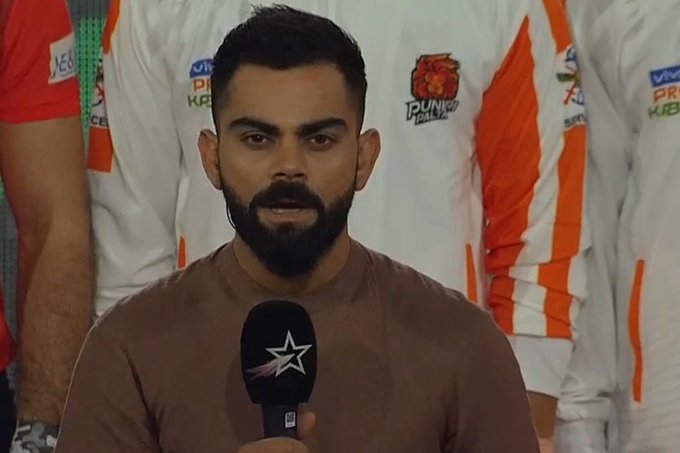 Rahul Chaudhri has already begun Pro Kabaddi Season 7 on a high for his new team, Tamil Thalaivas. The India international played a key role in their season-opening win over his former side, Telugu Titans on July 21.

“Rahul Chaudhari and Ajay Thakur. They have a great camaraderie. So I think those two would be a direct copy of me and Mahi [Dhoni],” Kohli added.