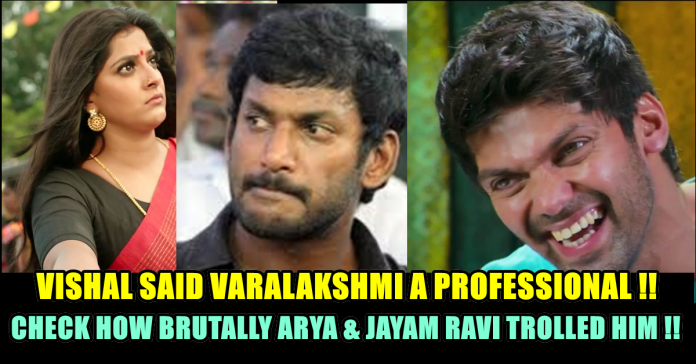 Vishal’s Sandakozhi 2, a sequel to his blockbuster 2005 action drama Sandakozhi, has been officially confirmed to hit the screens on 18 October for the four-day Ayudha Pooja weekend.

Lingusamy, who helmed the first part, is directing the sequel of the film. The release regulation committee of Tamil Film Producers’ Council (TFPC) has issued the clearance for the film’s release. Jointly produced by Vishal’s home banner Vishal Film Factory and Pen Studios, the shooting of Sandakozhi 2 is swiftly progressing in Karaikudi, and the team has completed nearly 80% of the movie so far. The makers are planning to complete the entire shooting before the end of August and focus on the post-production work. Yuvan Shankar Raja, who composed the music for the first part, is scoring for the sequel as well. Last week, the team shot the foot-tapping introduction song of Vishal in Karaikudi.

While Sandakozhi had Meera Jasmine playing the female lead, the sequel has Keerthy Suresh paired opposite Vishal, marking the duo’s first collaboration on screen. Basking in the glory of their respective outings with Irumbu Thirai and Mahanati, Vishal and Keerthy Suresh must be looking forward to scoring another super hit with Sandakozhi 2. In fact, Vishal celebrated the success of Irumbu Thirai and Mahanation the sets of Sandakozhi 2 two weeks back in Karaikudi. Since the first part was a blockbuster success in Telugu (titled Pandem Kodi) too, the makers have now confirmed a simultaneous release for the sequel in Tamil and Telugu on 18 October. Raj Kiran, who played Vishal’s father, returns to the sequel in the same role as Durai. Varalaxmi Sarathkumar plays the antagonist in the movie. Talking about her character, she told Firstpost, “I play a loud-mouthed Madurai girl in Sandakozhi 2.”

Now the actress had finished her entire portion of her movie it seems. Regarding this Vishal tweeted and praised her. He said “Wow. Coming to the final leg of shoot for #sandaikozhi2 n #pandemkodi2 it’s a wrap for @varusarath.its gonna be a Gud one.killer climax fight.:) 🙂 thank u so much darling Varu. one of the most professional actresses I’ve come across. Lookin fwd to #oct18.god bless”

Wow. Coming to the final leg of shoot for #sandaikozhi2 n #pandemkodi2 it’s a wrap for @varusarath.its gonna be a Gud one.killer climax fight.:) 🙂 thank u so much darling Varu. one of the most professional actresses I’ve come across. Lookin fwd to #oct18.god bless pic.twitter.com/ABgfxyMp8m

As he praised her way more Actor , Arya and Jayam Ravi hilariously trolled him and the actress with their humorous tweets. He asked either the tweet was typed by Vishal on his won or Varalakshmi praised herself by writing it in Vishal’s account.

What do you think on brutal violence against Varalakshmi !!