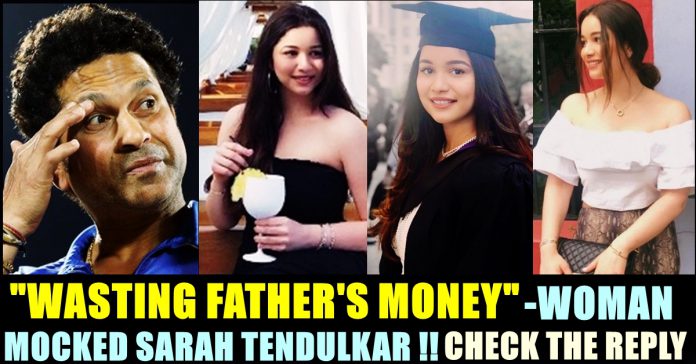 Being a kid of an universally celebrated personality might look cool from outside but what they are going through in their day to day life is something that could be felt only by him/her. In this digital era where throwing shades at someone for no reason has became a cake walk, not only the celebrities, people who are associated with them personally and professionally are also facing means comments and rude messages from the public.

Sarah Tendulkar, daughter of world’s most celebrated cricketer Sachin Tendulkar, recently became the victim of a baseless troll. However, she managed it in style and exposed the woman who spewed hatred at her to the public and to the media as well.

Sara Tendulkar has completed her schooling or primary study at Dhirubhai Ambani International School in Mumbai. After her schooling, she went to University College of London for further study. She is a graduate in Medicine, according to reports. The 23 year old is very much known among fans for her social media presence. She is currently enjoying 1.2 million followers after posting just 78 posts.

On Friday, Sarah uploaded a story in her Instagram space of herself having a coffee while traveling in a car and wrote “Blue Tokai Coffee saves lives”

Replying to this post of her, an Instagram user named “Shrutzgits” said that Sarah is wasting her father’s money. In a previous occasion, when Sarah uploaded a post celebrating Arjun Tendulkar’s inclusion in the Mumbai Indians team, the woman degraded him by saying that he is the “Least priced guy”.

However, Sarah, without losing her nerves, added another story to reply Shrutz. She said that the money which is spent on a coffee couldn’t be considered as wasted and also added that it doesn’t matters whose money it is. “Ummm.. Any money spent on caffeine is money well spent, not waster LOL. (Whoever’s it may be)” Sarah’s reply read.

She also tagged the woman’s account to make sure she reads her reply and to expose her account to her followers and public. Check out the screen shot of her reply below : 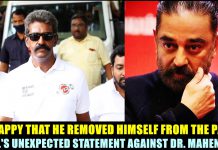 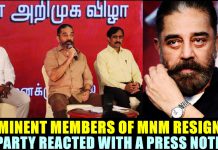 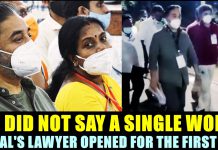