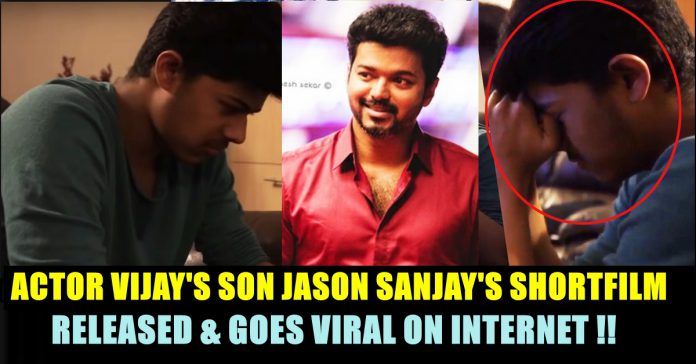 The star’s kid has taken the internet by storm. Sanjay, the 18-year-old son of Ilayathalapathy Vijay, has worked on a short film, and it was released on Internet few hours ago. Goes without saying, the film has become instantly popular with Vijay’s fans.

The youngster has always shown interest in acting and has even played a cameo in Vijay’s hit film Vettaikaran. Having a lot of his father’s resemblance, he also did the lead role in the 6 minutes 51 seconds short film.

The film starts with two friends playing video game where the other friend Sanjay merely sitting with his heads down. One of those two friends who finished his game inquires Sanjay to whom Sanjay expressing his frustration towards “Ragging” and reveals that he is talking about that one senior Rohit.

In the meanwhile it was also shown a teenager rammed his car into something and seen talking to his friend with a panic. When Sanjay decides to kill the senior with his nail cutter like knife, a guy confronts Sanjay with a cricket bat only to be killed by that guy who rammed his car.

The film had much usage of English language more than Tamil. It also featured many “F” words like in Gautham Menon’s films. Maybe Sanjay got inspired by Hollywood veteran filmmaker Martin Scorcese as well. The film’s credit role says that it was directed by JSJ which might be the screen name of Sanjay.

As soon as the film released twitter started reacting for it. Check out some of them here :

Here is the review of #ThalapathyVijay Anna Son #JunctionShortFilm Which Is Directed By Jason Sanjay !!

Jason Sanjay was born in London to the famous couple of Kollywood Vijay and Sangeeta Sornalingam which makes him the grandson of Kollywood veteran filmmaker S. A. Chandrasekhar and Shoba. He has a sister named Divya shasha. He made a special appearance with his father in “Nan Adicha Thanga Maata” song in the 2009 Tamil film Vettaikaaran. Jason Sanjay was graduated in Applied Information Sciences (AIS). 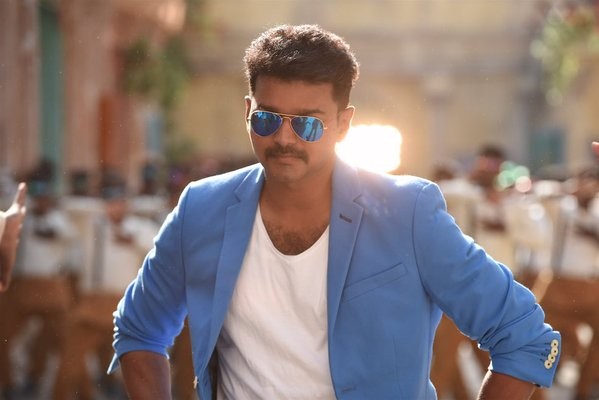 His father Vijay is a charismatic actor who brought new dimensions to the actor-fan relationship. Jason Sanjay & Divya Sasha are not on any Social Media.