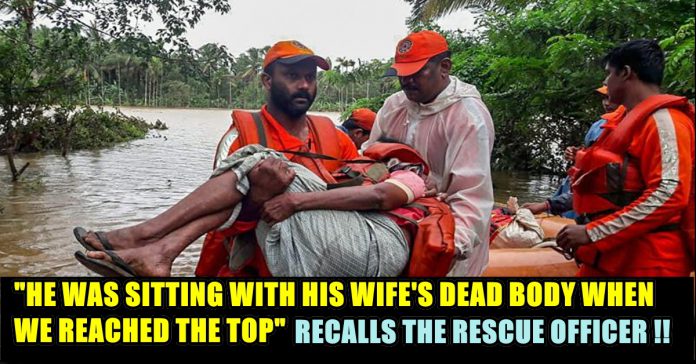 As their bus surged forward in the flood waters that still inundated National Highway 47, people standing on top of buildings on either side of the roads waved at them. Their orange uniforms have become a familiar sight for many people in Kerala. People know that these are the heroes from the National Disaster Response Force (NDRF) travelling from one place to another to rescue those in distress.

But inside the bus, the mood is grim as the NDRF personnel recall the struggles of the last few days. On Friday evening, four members of this battalion from Tamil Nadu’s Arakkonam had undertaken a rescue mission that officer Biju says has scarred them deeply. A distress call from Pothissery in Thrissur district had said that an aged couple had to be rescued from a house that had completely flooded. The distress message also said that the wife may have died two days ago, but they were unsure.

“We tried different routes, but the current was too strong. Finally, by evening, the locals told us about a route. Four of us went on a rubber boat for around two km. Then we reached a dry spot and people in the taluk arranged a truck. We were taken to Pothissery which was again 2 or 3 km away,” Biju recalls. 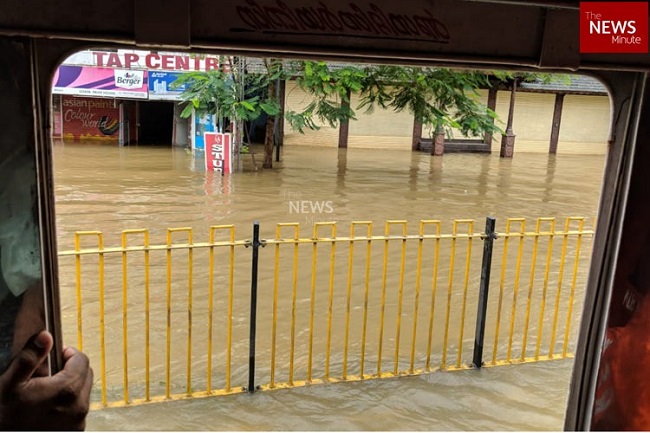 Rescue teams have been finding it tough to understand the routes leading to people in distress. While there would be strong currents and high level of water for a stretch, suddenly there would be a dry patch and boats would need to be transported on vehicles.

“We got into the boat again and as we reached Mr Joseph’s house, we saw that the ground floor of the house was flooded, but he was on the first floor. We climbed the house and when we reached on top, we saw him sitting there with the dead body of his wife Serena,” Biju says. 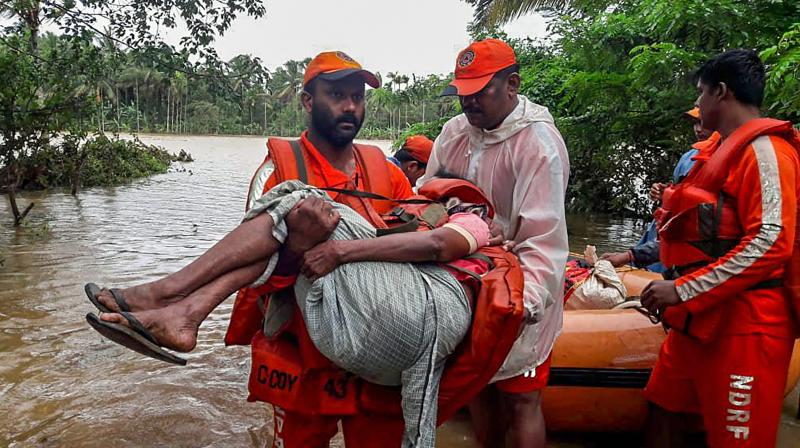 There were ants and insects crawling on the body and one of the NDRF commanders started feeling sick. The husband clung on to the wife’s body, unwilling to part with her.

“He was distraught, he would not let her go. We discussed for some time, then wrapped her in some sheets and lowered her down using ropes. Though my colleague was unwell, we took Serena’s body and Joseph on the boat,” another team member recounts.

The NDRF team then took the body to the Pothissery church around two kilometres away. 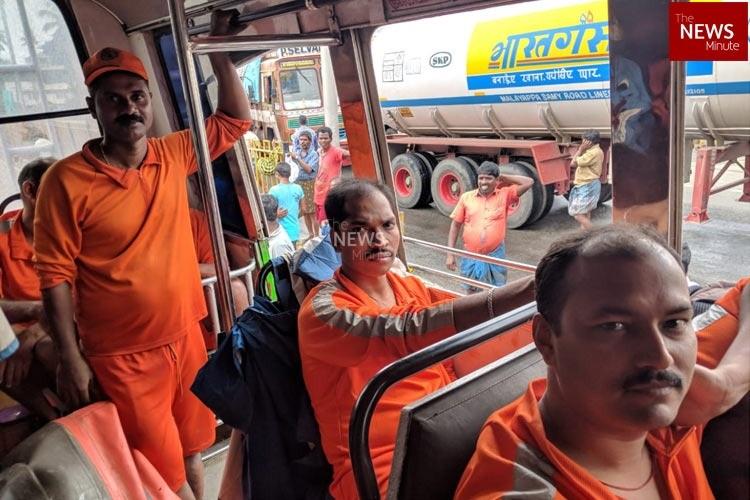 “It was a terrible experience. But there was no time to ponder. We had to immediately start for our next mission,” says Biju.

There are presently 18 NDRF battalion, comprising of 45-men each, carrying out rescue operations across Kerala. These NDRF teams have come from Arakkonam, Delhi, Gandhinagar in Gujarat.