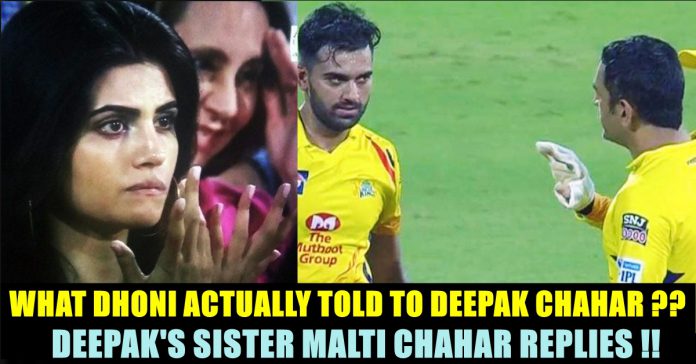 Chennai Super Kings skipper MS Dhoni is known as ‘Captain Cool’ for a reason. Whatever the situation, he just doesn’t let his emotion get the better of him. But even the best lose their calm when it comes to high-voltage clashes in the Indian Premier League. On Saturday, it was Dhoni’s turn. 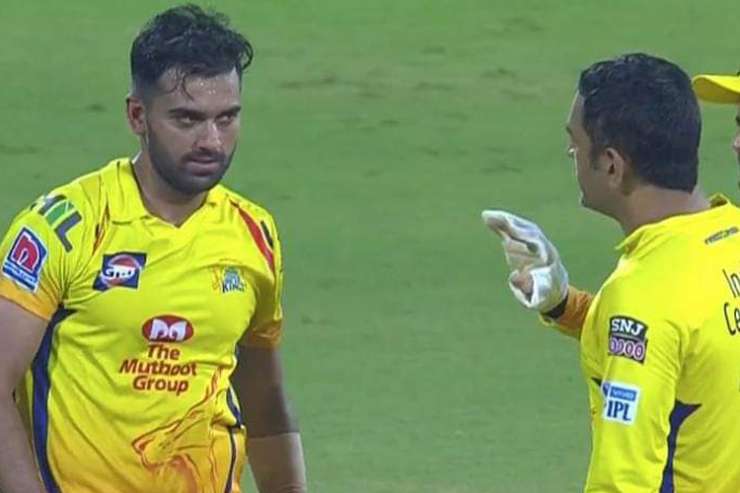 With Kings XI Punjab needing 39 runs off 12 balls, Dhoni handed the ball to Deepak Chahar and the start was horrifying. Chahar bowled it full and above the waist and Sarfaraz Khan picked up four. The next one was another full toss above the waist but this time Sarfaraz only managed a couple. But with the match slipping out of CSK’s hands, Dhoni walked up to the bowler with Suresh Raina for company.

MS Dhoni schooling Deepak Chahar for his back to back no balls #CSKvKXIP #IPL2019 pic.twitter.com/iRhGQ62gib

It looked like Chahar had lost the plot and was scared of the responsibility of bowling in the death with the batsmen in full flow. But an animated chat from Dhoni saw Chahar come back strongly and even dismiss David Miller off the last ball of the over. A scolding from Dhoni saw Chahar come back on track and he finished the over giving away just 13 runs, after two free hits. 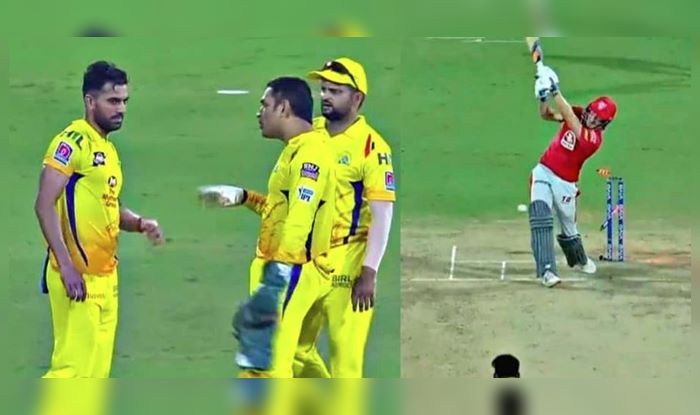 In the end, CSK won the game by 22 runs and Dhoni applauded Harbhajan Singh for keeping Chennai in the game even though it was much easier to bat in the second innings at Chepauk on Saturday. Harbhajan finished with 2/17 from his four overs, including the prized scalp of Chris Gayle.

Meanwhile Malti Chahar, sister of Deepak who rose to fame by appearing in Chennai’s matches reacted to the conversation between Dhoni and Deepak. Malti Chahar’s both brothers are featured in the 11th edition of the Indian Premier League (IPL). While Deepak has been shined with the new ball for CSK, Rahul did not played a game for MI. But now he is featuring in the team as well. Now Malti in her Instagram story said that Deepak refused to tell her what Dhoni actually said and she also added that her brain is exploding. She said it as an answer to one of her Instagram follower who asked about it. 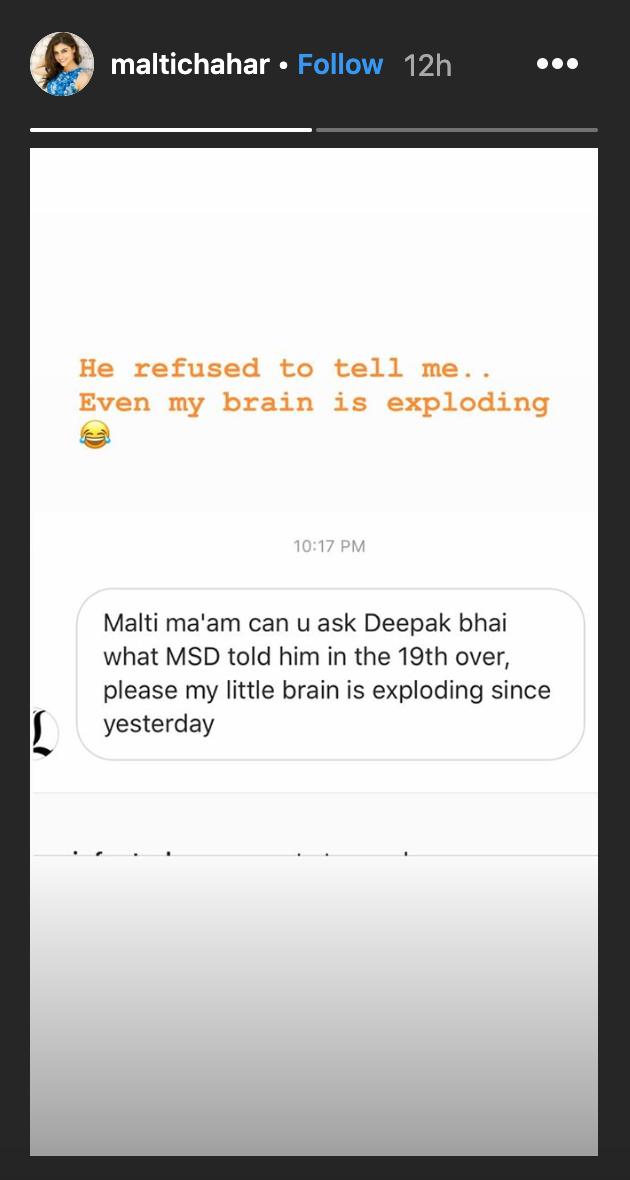 Malti Chahar, a Miss India contestant, made quite the impact at the recent IPL cheering for her brother Deepak Chahar. Her emotional reactions and enthusiastic cheers for Chennai Super Kings (CSK) have grabbed the attention of cricket fans all over the country. What followed was a social media frenzy to figure out who she was and that has resulted in over two lakh followers.