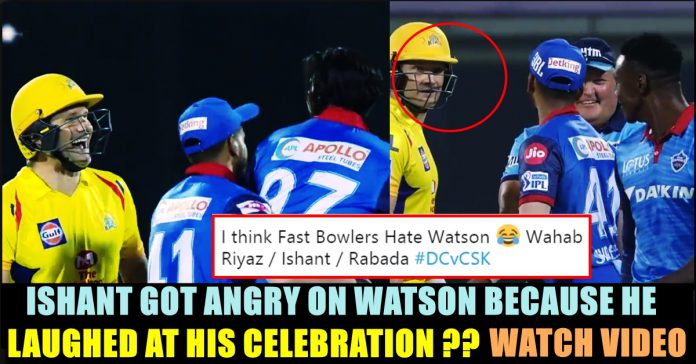 Shane Watson loves getting fired up and the same was at display once again during Chennai Super Kings’ Indian Premier League 2019 match against the Delhi Capitals at the Feroz Shah Kotla in Delhi on Tuesday. Watson was having a heated chat with two of DC’s pacers Ishant Sharma and Kagiso Rabada early in his innings.

Watson smashed a brilliant 44 off 26 deliveries to set the base for CSK in their six-wicket win over the DC as the defending champions went on top of the table after two matches of IPL 2019. 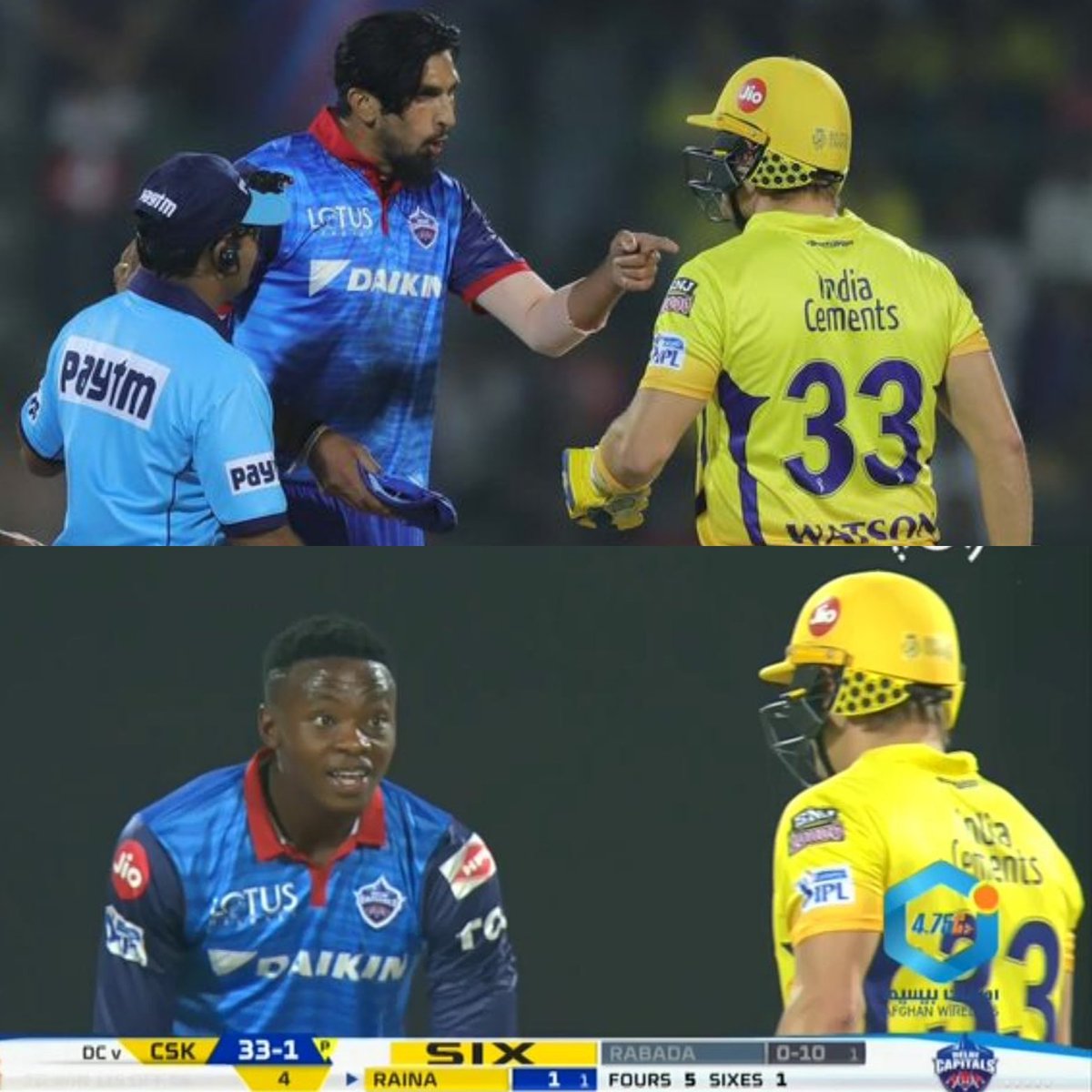 A day after the ‘mankad’ controversy left the cricketing world divided, Delhi Capitals bowlers Ishant Sharma and Kagiso Rabada engaged in a heated war of words with Chennai Super Kings batsman Shane Watson. It started in the third over of Chennai’s innings after Ishant Sharma animatedly celebrated the wicket of Ambati Rayudu. Ishant’s action prompted laughter from Shane Watson, which left the Indian pacer fuming. The India pacer then charged towards the Australian who saw the funny side of it and laughed it away. Ishant Sharma had to be pulled away by skipper Shreyas Iyer during his heated mid-pitch confrontation with Shane Watson in the Indian Premier League (IPL).

But the altercations did not end there. In the very next over, Shane Watson hit Rabada for a four and a six. Watson had top-edged the last ball for a six, much to Rabada’s frustration. It was soon followed by another animated chat between the two players. Rabada was seen clapping sarcastically while looking towards Watson who too was looking angry. In fact, Iyer and umpire Marais Erasmus had to intervene to bring things under control.

However, Watson and Rabada laughed it off at the conclusion of the match which the Chennai Super Kings won by six wickets.

At the end of the day, all’s well that ends well 🤝 🤗 #SpiritOfCricket #VIVOIPL #DCvCSK pic.twitter.com/o8SnlN9mls

Ponting plays the moderator between Watson and Rabada to keep the ‘SPIRIT OF THE GAME’ high. Awww such camaraderie. But who will make Watson and Ishant shake hands ? #CSKvDC

#DCvCSK #CSKvDC
Yesterday it was Ashwin and Butler and Today Ishant and Watson
Are we watching IPL or Big Boss pic.twitter.com/dfJMG9HNhJ

Meanwhile, Delhi Capitals have scored 147 for 6 in their allotted 20 overs. Shikhar Dhawan starred with the bat, scoring 51. For the Super Kings, Dwayne Bravo was the pick of the bowlers with three wickets.