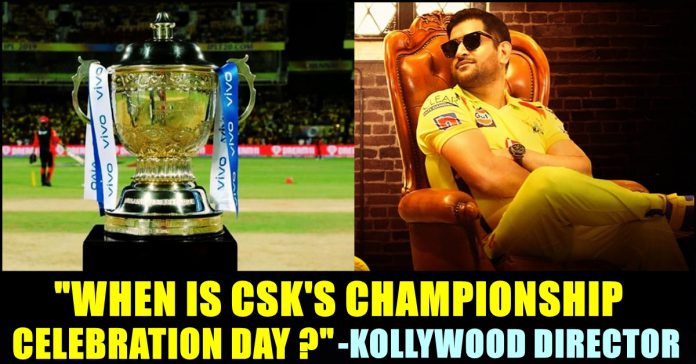 IPL 2020 is all set to take place in Abu Dhabi within hours. Making a comeback to the grand stage after a year-long hiatus, all eyes will be on Chennai Super Kings (CSK) captain MS Dhoni during the Indian Premier League 2020 season opener against Mumbai Indians on Saturday at the Sheikh Zayed Stadium, Abu Dhabi. The 13th edition of IPL will be played from September 19 to November 10 in the UAE across three venues — Dubai, Abu Dhabi, and Sharjah.

Ahead of the tournament opener, the 39-year-old Dhoni and CSK fans took to Twitter and started trending ‘#WelcomeBackDhoni’ on Twitter on the evening of Friday – September 18. To welcome their beloved captain, fans posted stats, photos, videos of Dhoni with more than 80,000+ tweets.

What date is the CSK Championship celebration?

He posted two more tweets asking who will be the runners of this year’s IPL and whom should Dhoni dedicate this year’s cup to in the finals ceremony.

Who will be the runners-up in this IPL? 🤔

Who should @msdhoni dedicate this year’s cup to in the finals ceremony?

This confidence level of the filmmaker amused the ardent fans of the same team. In his next tweet, he conducted a poll asking where should Dhoni and team should celebrate their victory. His poll conducted locations such as Marina beach, Valluvar Kottam and Nehru Stadium.

Actress Khushbu is excited to witness the rivalry of Mumbai and Chennai. “Tomorrow.. just waiting for it. Chennai and MS Dhoni kku oru whistle podu” her tweet read.

Millions of fans are also eagerly waiting for the inauguration of the 13th edition. Whom do you think will win this year’s IPL and Comment your favourite team !!