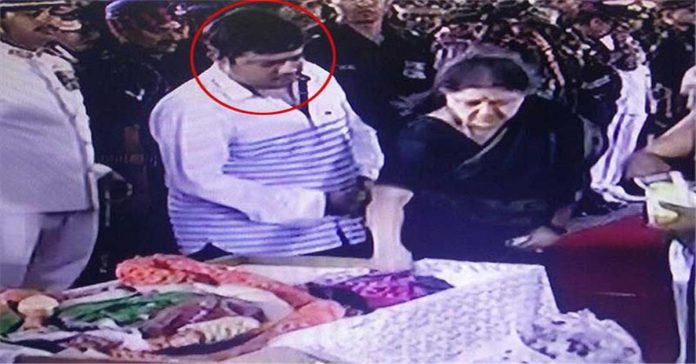 The late chief minister of Tamil Nadu, J Jayalalithaa was laid to rest next to her political mentor MG Ramachandran at MGR Memorial located at the Marina Beach in Chennai. Despite being a Hindu Brahmin, Jayalalithaa was buried after the final rites were conducted. Amma’s last writes were performed by her close aide Sasikala Nataraj. However, there was another man, relatively younger, accompanying him. 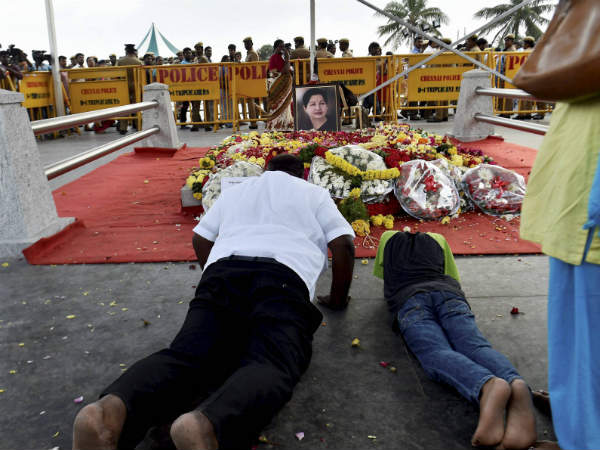 Who was this person?

Earlier, there were speculations that the final rites could be performed by the son of Sasikala’s niece, Ilavarasi. Though, that did not happen.

So, the person along with Sasikala who performed Amma’s last rites was Deepak Jayakumar. Deepak is the son of Jayalalithaa’s deceased brother Jayakumar. He is not a known face either in politics or Jayalalithaa’s family.

Jayalalithaa laid to rest at her final resting place on Marina Beach https://t.co/77GGmNuFzDpic.twitter.com/8snNZMO81R

Deepak Jayakumar has mostly led his life away from the limelight of media and is said to be the real estate businessman in Chennai. As per reports, Deepak is the brother of Deepa Jayakumar, who was on Monday denied entry to Apollo Hospital when she tried to get an update on Amma’s health.

The family of Deepak has been ‘estranged from Jayalalithaa and relations between the two have been rather strained ever since the grand wedding of her foster son VN Sudhakaran in September 1995,’ TOI said.

The report further claims that Jayalalithaa did visit T Nagar residence after a month when the father of Deepak and Deepa and her brother passed away. “In 2013, Deepa’s mother Vijayalakshmi too passed away. The last time Deepa met her aunt was at a film function in 2002. Her several attempts to meet Jayalalithaa in the last decade proved futile,” it added.

Deepa pursued higher studies in the United Kingdom while her brother Deepak completed the Masters in Business Administration (MBA) in the United States. Deepak was also present in the Rajaji Hall where Jayalalithaa’s body was laid to receive last tributes before being buried at Marina Beach on Dec 6th evening at 6:20 PM.