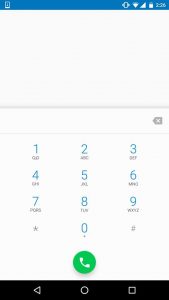 I am a student. Fortunately from today’s generation, where we do have gadgets like calculator and mobile phones so as to help us study ( Quite a contradiction statement, I know ! ! ). The reason for my optimistic approach towards such electronic gadgets is because they help us reduce our work time by doing fast calculations and good google search.
Now it will quite a bit foolish of me to ask you people that whether you have ever used a calculator and a mobile phone. Of course, we all did. But have you ever noticed any difference, well apart from calculator being an in built feature in most of the smart phones ! !
This is my phone’s dialer keypad.

And if you can take an effort to just put your ‘arse’ up and walk up to your study table, you can again spot the difference between your Landline’s Dialer Keypad and scientific calculator’s keypad.

Ever wondered about why is the number pad in a reversed position ? Any idea ?

They could hit the numbers extremely quickly and efficiently, which was great for data entry, but not so great for dialing a touch-tone telephone. The tone-recognition technology could not operate as effectively at the speeds at which these specialists dialed the numbers.

Now there can be many more reasons, if you have any relevant one, please feel comfortable and share it with us ! !