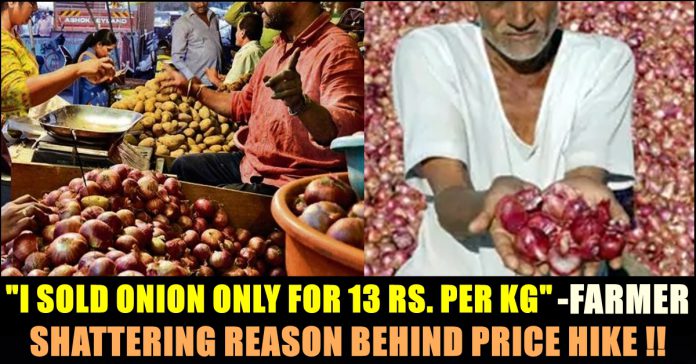 Onion prices touched Rs. 200 per kilogram in Tamilnadu which is a record. To our shock, In a bizarre incident, a couple in Cuddalore received onion as gift for their wedding. Four friends of the groom packed the gift and presented it the couple. Upon opening, they came to know that it’s a bouquet made of onions. And, the entire arrangement was designed using 2.5 kg of onions.

The gift quickly captured the attention of people attending the wedding. Also, an image of the couple and their friends posing with the bouquet of onions made its way onto Twitter.

Not only in tamilnadu, strange events are taking place across the country as a reflection of the prices of onion. In West Bengal’s East Midnapore district, it has been reported that thieves stole onion worth Rs. 50,000 and didn’t touch the cash box.

In another incidents, onion distributors wore helmets while selling the vegetable to avoid stone pelting from the public. The news grabbed the attention of world countries which resulted in them making news about us and our struggles with onion.

Now the major reason behind the hike in Onion prices has been revealed. According to The Logical Indian the delay in monsoon and an uninterrupted rain in prominent states such as Madhya Pradesh, Karnataka and Maharashtra which produces extensive onions is the reason behind this tragedy. The rain allegedly damaged the rabi crop in the above mentioned states and resulted in the severe hike of onion prices across the country.

The unseasonal rainfall in Gujarat, Rajasthan and Madhya Pradesh during September is one of the main reason for the sudden rise in the price of Onion. It is notable that Farmers are not at all taking advantage of this situation but the Merchants and middle men do.

The sudden increase in Onion price is also due to the Middle men who keeps Onions in godowns in order to create an artificial scarcity to sell sell them in higher price. A report of India Today revealed that farmers are not at all aware of the hike in onion prices which made them to sell it in lower prices before the demand.

Pawar, one of a farmer sold his 550 sacks of onion in which one sack contained 50 kilograms of onion for 13 rupees per kilogram. The entire process of farming those onions in his three acre plot costed him Rupees three lakh according to India Today.

Another farmer Lakshmanan said he sold his onion for Rs. 3,57,500 without knowing the price hike. He says that he could have earned Rs. 11, 00, 000 if he waited for the price to increase. This clearly indicates that the middle men are playing a major role in the sudden increase of the price in onion. 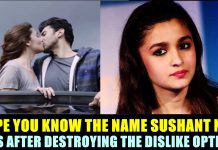 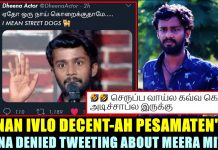