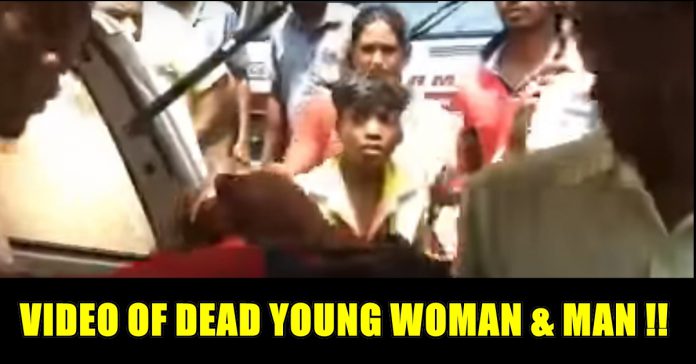 As several videos of the victim or being rounded in the internet, this is now a young woman who and a man carried in a ambulance. People trying to carry them inside the hospital. watch the dreadful video here :