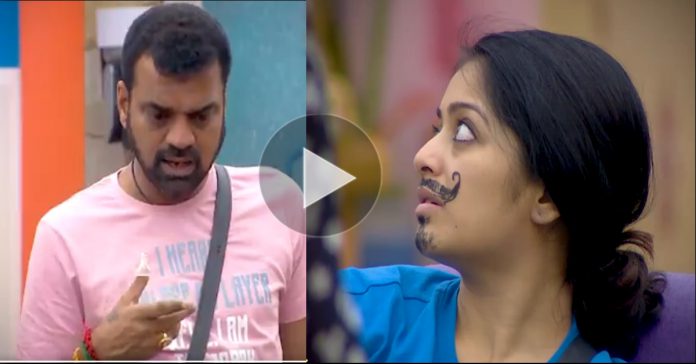 The Bigg Boss housemates begin their day by getting ready to perform the second task for luxury budget. The housemates are divided into two teams – one team’s members will have to narrate a story and the other team has to figure out whether the story is true or false. The contestants in the storytelling team are called to the confession room to let Bigg Boss know if their story is true or not. The storytelling team has Balaji, Nithya, Yaashika Aanand, Mumtaz, Vaishnavi and Mahat. The housemates then disperse. The cooking team begins making the lunch, and Nithya is asked to cook a meal of her choice. Balaji notices that the quantity of carrots is less and may not be enough for the 16 of them and suggests to Mahat that they add onions. For some reason, Nithya refuses to do the same. The other housemates come forward and try to convince her that this is not a task, but a genuine concern as there might not be enough food for the house. Yet, Nithya is stubborn and won’t agree. This makes Aishwarya angry, who announces that she might not have lunch and leaves the living area. In today’s, After the serious clash, everyone in the house started avoiding Nithiya and blame her for creating problems where it seems her estranged husband Balaji says “All contestants are same” it seems. Watch the official Promo below.

Here’s the audience reaction for it :