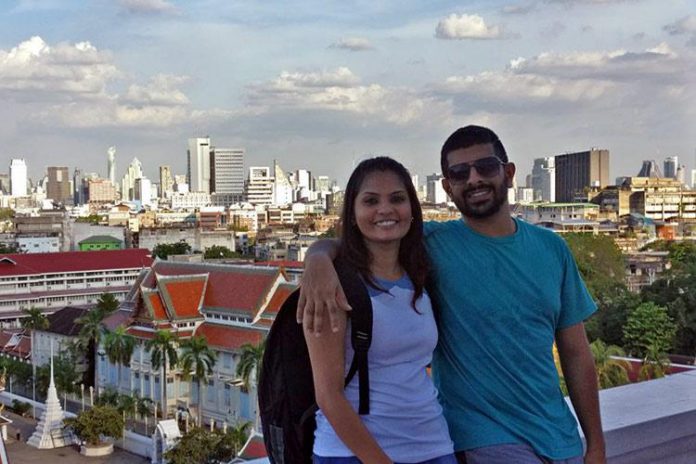 Hari Govind, a postgraduate medical student along with his wife and five others decided to go on a holiday to Georgia in Eastern Europe whose trip started at the Kochi Airport. They flew via Sharjah.

“On October 19, when we were about to board the flight from Kochi, the airport staff told us that there is some issue in Georgia. That if you go, most probably you will get rejected,” Hari said. They decided to take the risk and go anyway, because they had all the requisite documents.

Airport officials at Sharjah, however, have noticed the trend. “They advised us, as a necessary precaution, to keep an extra set of clothes and essential medicines in the cabin baggage – because if they send you back, you’ll be stuck at Sharjah airport for one or two days.” They reached Tbilisi International Airport and joined the immigration queue, where the officials noticed their Indian Passport, and took them to a separate room and interviewed them individually for about 15 to 20 minutes.

“They asked me how much money I was carrying, so I told them I was carrying $200. They said that it is not enough. I told them that my wife is outside, my friends are outside, my brother is outside and they all have money with them – together we have about 3000$, and I also have a credit card. I also showed them my bank account statement, but they were like ‘No, I don’t want to hear all this. How much money do you have with you’.” When he asked the immigration officials why they were being deported, they just told him that he had given wrong information.

Hari says that his brother had a US residence visa but his wife didn’t have one. While interviewing her, the officials asked her where her husband was? To which she said that he was waiting outside, then the officials called her husband  and  put a ‘rejected’ stamp above the ‘allowed’ stamp. They were deported and sent back on the same flight. However, they were stuck in Sharjah airport for 36 hours after that, and could only return when they could find a flight to Kochi which wasn’t full.

Another source who works with immigration added that they were told that many people are using Georgia as a transit point to enter America. “There is some diplomatic issues between US and Georgia. So it must be Georgia’s efforts to placate America,” the source said.

Also, An Airport official said that 18 Indian passengers were deported within 3 months.