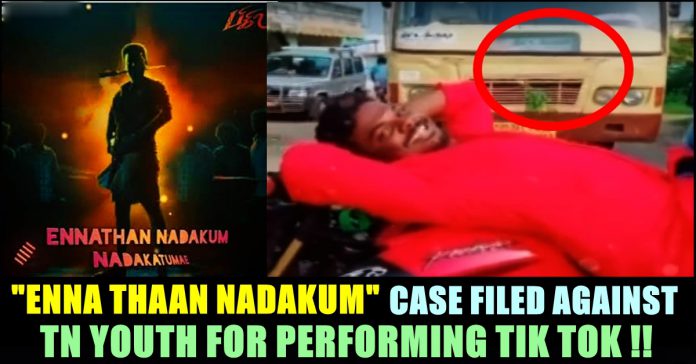 Looks like Tik Tok is the new way to record any video in a smartphone. In Tamilnadu, people in the rural parts making use of the app more than the people in urban. There is a very slight chance that anyone using a smartphone may not have come across a Tik Tok video showing a young netizen lip-syncing to a song. Launched in 2016 and originally called Musically, TikTok is one of the most popular apps today. Last year, it was also one of the most downloaded apps on Google Play and Apple Store.

Tik Tok allows users to create short videos and which can be synced with an sound clip – users usually prefer to use a song, movie dialogue, or a politician’s speech, whichever gets them more views. The platform’s popularity can also be gauged by the fact that videos by its users can also be found on other social media platforms such as YouTube, Twitter and Instagram.

Users of Tik Tok are calling themselves as “Musers” and it has been informed that they are conducting a meet-up occasionally in which they share awards and spend time together by doing Tik Tok videos. In a way of elevating their innovations to next level, many users started to do Tik Toks by doing somersault, magic videos, tricks etc.

Now to our shock, a Trichy based youth has performed a Tik Tok by stopping a Government bus to make it look apt to the lyric he is lip syncing. Singing a song from MG Ramachandhran’s popular song “Enna Thaan Nadakkum Nadakattume” from the movie Panathottam.

The song became famous among today’s youngsters due to the reference made by director Atlee in recently released “Bigil” movie. In the movie, actor Vijay would sing this song during his entry as “rayappan”. This grabbed the attention of many youngsters who started imitating it across the various social media platform.

Ajith, the youth who performed the Tik Tok by causing trouble to the circumstance is also not new to Tik Tok and did many bizarre Tik Tok videos in the past, according to reports. This incident took place in Thittakudi, in Kadalur. However, according to reports, the youth has been booked under appropriate sections by the Police officers of Kadalur.

Apologize Video Of Guy Who Did Caste Based Tik Tok Videos Goes Viral !! Check What He Has To Say !!

Tamil Nadu Information Technology Minister M Manikandan recently said in the state Assembly that the Tamil Nadu government will approach the Centre to ban the mobile app, TikTok. This comes after Nagapattinam MLA Thamimun Ansari from the AIADMK raised the issue and said that the app is “damaging” to the Indian culture.