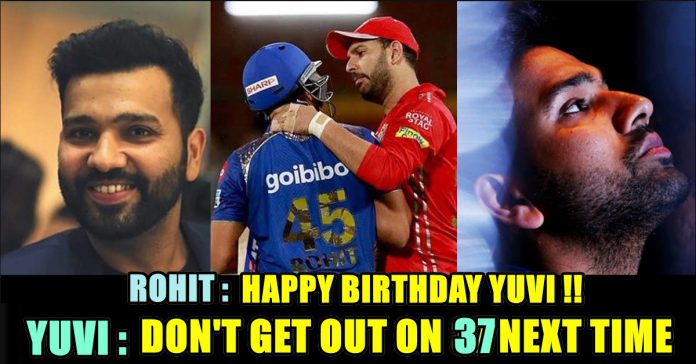 ‘Hitman’ Rohit Sharma today wished Birthday boy Yuvraj Singh on Twitter, in response to which the Indian all-rounder gave an epic reply. Yuvraj came up with a hilarious tweet before thanking Rohit for his birthday wishes. 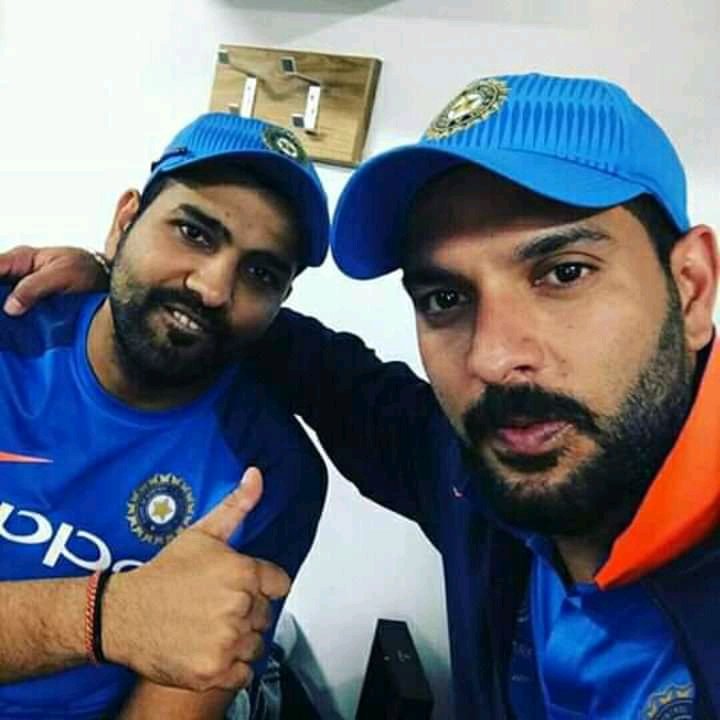 Rohit is one of the most dominating forces in limited overs cricket today, but Yuvraj was no less during his heyday. These two exceptional cricketers share a special bond with each other, and have been a part of the same team on several occasions. 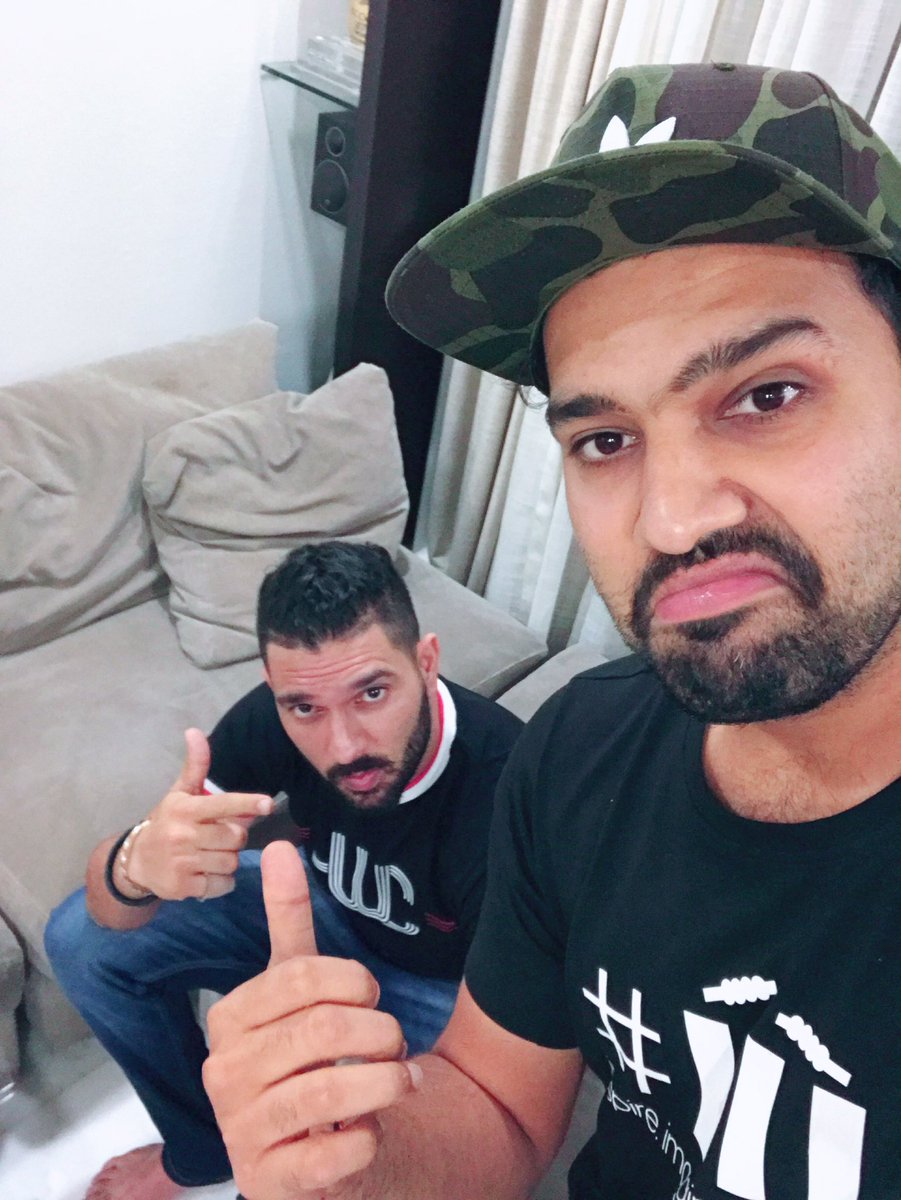 India’s 2007 ICC World T20 and 2011 ICC World Cup winning hero, Yuvraj Singh celebrated his 37th birthday on Wednesday (December 12th). Wishes came pouring in from all corners for the man who justified the tag of ‘fighter’ by defeating even the deadliest of foes – cancer.

India’s limited-overs vice-captain Rohit Sharma joined the chorus, wishing Yuvraj on his birthday through a tweet. But Yuvi came up with a hilarious reply, giving Rohit a ‘friendly warning’. 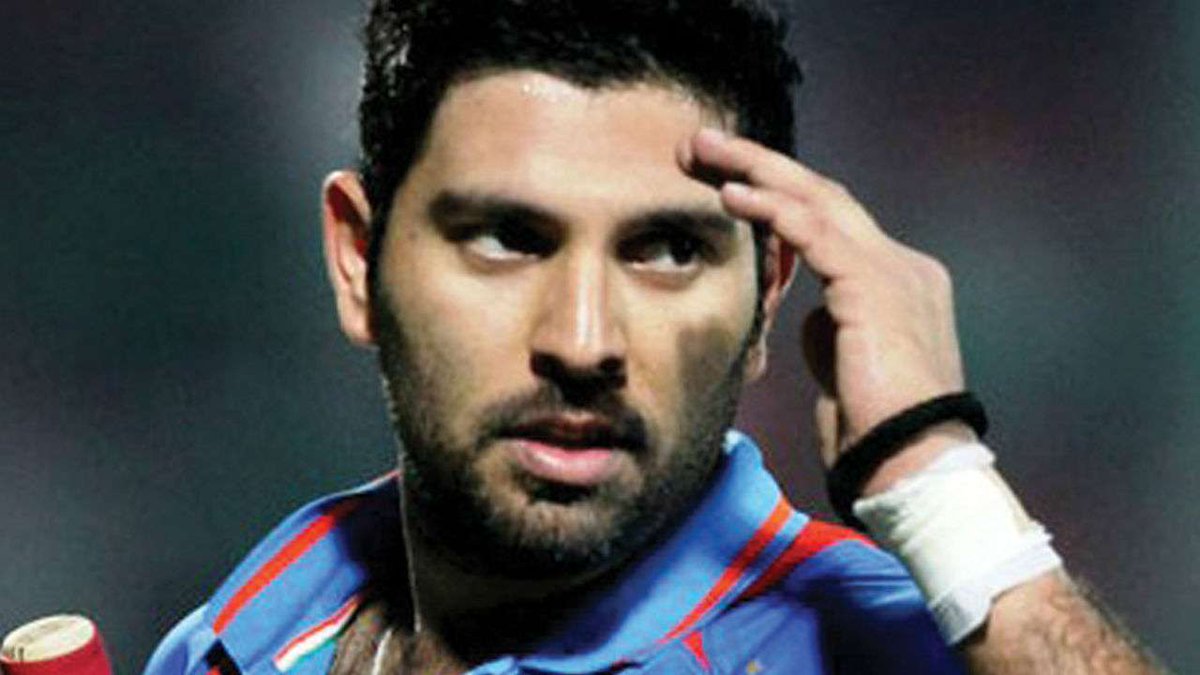 Yuvraj Singh has given a friendly warning to Rohit Sharma to perform to his potential in Test cricket while replying to a birthday wish by India’s limited-overs vice captain.

Yuvraj is celebrating his 37th birthday today and India’s World Cup superstar was flooded with wishes from one and all on social media. Yuvraj replied to many of them time to time but his reply to Rohit Sharma particularly caught the eye. Rohit posted a picture of him with Yuvraj holding his neck and wrote, “Happy birthday to the eternal superstar @YUVSTRONG12″.

During the recently concluded first Test match between India and Australia at the Adelaide Oval, Rohit Sharma was dismissed for 37 runs in the first innings. After scoring a six off Nathan Lyon, Rohit attempted another slog sweep on the next delivery only to find the hands of Marcus Harris.

His dismissal became one of the most talked about aspects of the first Test, which India won by 31 runs to take a 1-0 lead in the four-match series.

It seems even Yuvraj was disappointed with the manner in which Rohit threw away his wicket in the first innings at Adelaide which is evident through his reply to Rohit’s birthday wishing tweet.

Yuvraj took this opportunity to really catch Rohit’s neck and replied, “And next time u get out on 37 il catch hold of your neck like this again”.

And next time u get out on 37 il catch hold of your neck like this again ! 🤪😄

Yuvraj then thanked Rohit for his wish with a kiss emoticon.

Yuvraj will be hoping for a change of franchise as well as fortunes at the 2019 IPL auctions slated to be held on December 18th. Rohit, meanwhile, will be determined to grab the opportunity he has been given to prove himself in Tests, and will look to register a big score at the brand-new Optus Stadium in Perth.